How Old is Eri in My Hero Academia 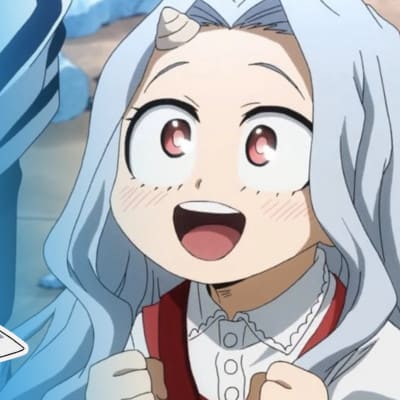 Eri, a major character from the anime/ manga series My Hero Academia, was only six years old when she was first introduced.

And since My Hero Academia is a fictional series it does not follow a real-world calendar so we don’t know in which year she was born.

Eri became a key player and the most loved character of the series after she accidentally ran into Izuko Midoriya and Mirio Togata.

There are so many things you would like to know about Eri such as her age, her personality, her appearance, and more.

So, let’s learn all the interesting facts about Eri that you might or might not know about her.

How Old Was Eri When She Was Introduced?

Debuting in chapter 128 of My Hero Academia, Eri was only six years old when she first encountered Izuko. She was born on December 21 but the exact year is unknown.

But since her introduction to the show, she has made a big impact in the hearts of the fans. In the Japanese version of the anime, she is voiced by Seiran Kobayashi and in the English dub, she is voiced by Emily Neves.

Eri was a small, young girl when she was first introduced in the anime with pale bluish, off-white hair, messy and unkempt.

She had wide, innocent-looking bright red eyes. She also had a small, brown horn poking out from the upper-right side of her head; it appears to grow larger when her Rewind Quirk is activated.

When we first saw her in the show, she was wearing a plain,short-sleeved dress. Eri was wrapped with bandages around both her legs and arms. She used to cover her scars that were due to Overhaul’s experiments of disassembling and reassembling her.

After Eri was rescued, she used to wear a white dress shirt with frilled collars with two large golden buttons on her chest along with grey tights and tan boots.

She used to carry a messenger bag with a strap on her right shoulder. She started wearing her hair neatly and they started looking to be better cared for.

What Superpower Does Eri Have?

In My Hero Academia, Eri’s Quirk is called ‘Rewind’. This superpower allows her to rewind a person’s body to a certain state.

She had enough power to erase someone from existence altogether. Examples of this uncontrolled power include the fact that she inadvertently erased her father from existence.

What Causes Eri to Fall Under Kai’s Influence?

Eri’s grandfather was the former head of the Yakuza, the 8th precepts of death. When she was very young she accidentally used her power on her father, causing his body to rewind until he disappeared.

Since she inherited this power from neither of her parents, Eri’s mother got scared of her and began to consider her curse and handover Eri to her grandfather.

Eri’s grandfather asked one of his students Kai Chisaki to research Eri’s quirk so that she could go and make friends with people with similar superpowers.

However, when Eri’s grandfather became ill and bedridden, Kai started making bullets using Eri’s blood and began selling them to the villains.

Eri tried multiple times to escape from Kai’s torture and failed every time. Later on, Eri resigned herself to her fate.

Because she accidentally killed her father and her mother disowned her, she was subjected to by Kai Chisaki, Eri became a secluded and fearful girl.

She neither used to cry nor scream when murderous intentions were thrown at her. Apparently, Izuko’s touch was the first time when Eri broke down into tears.

Kai manipulated Eri that her whole existence was meant to hurt the people who are around her. Therefore, Eri willingly let herself go with Kai in order to protect the people who tried to save her from getting hurt themselves.

That’s why even after she was rescued by the U.A. School Festival, she was unable to smile. It was only after class 1-A band performance, she smiled for the first time and expressed her joy. Following this event, Eri started being happy and more cheerful.

Is There Any Relation Between Eri And Her Horn?

Yes, there’s a correlation between Eri and the horn on her forehead. Eri’s quirk lives in her blood but it builds up in her horn.

Her quirk isn’t as strong when her horn is completely gone or invisible. But whenever her horn appears fully, it is when Eri’s quirk is the most powerful.

What Did Overhaul Use Eri’s Blood For?

Overhaul used Eri’s blood to make weapons and sold it to the villains of the underworld. Her blood had the power to destroy another’s ability permanently.

Who Helped Eri in Gaining Control Over Her Quirk?

When Eri was young, she had no control over her Quirk and feared it would harm others. However, only after training with Aizawa did Eri learn to control her Quirk by first practicing on lizards and bugs.

Aizawa helped Eri in gaining control and confidence over her Quirk.

In Which Year Was Eri born?

The Anime ‘The Hero Academia’ does not follow the real-world calendar so we don’t know which year Eri was born. All we know is she was born on December 21. When we first saw her in chapter 128, she was six years old.

Based on the premiere of ‘The Hero Academia’ and  Eri’s first appearance in the show, we can confirm that Eri must be seven years old in 2021. If you want to know anything else about The Hero Academia’s most loved character Eri, don’t forget to ask us in the comment section.

Jakehttps://talkradionews.com
Jake is a passionate entrepreneur and writer who likes to spend a large chunk of his time researching, reading and writing. He aims to keep web surfers engaged with the latest news and articles on a wide range of topics. When he's not writing, he's busy catching a tan on the beach in Florida.
Previous articleDoes Chipotle Take Apple Pay?
Next articleHow Many Minutes In A Year?

Why Do My Eyes Water When I Lay Down?

Does Wendy’s Have Grilled Chicken Wrap? What You Should Know About Wendy’s Service