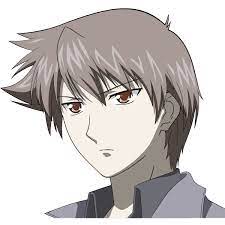 INFP stands for introverted, intuitive, feeling, and prospecting traits of the individuals. People with this type of personality sound more introverted, creative, and unique in their way.

According to sources, INFPs have a strong value for the world they live in, making it a better place to live in. Research has also found out that out of all the people in the world, 4% of people are INFPs.

We all have our favorite INFP characters that we love watching. Because they are quiet and introverted, they do not vocalize or communicate their emotions to everyone.

Despite their calm demeanor, they are people-people who would rather be among a group of important friends than be ‘lonely’ all the time. They lay back and try to amuse people at times, but they are full of strong emotions on the inside.

Crona has a timid personality and is a major antagonist from the series, the Soul Hunter. Throughout the series, Crona’s gender is not revealed. Crona is the one whose mind has suffered the most due to negative thoughts. This is how Crona turned into a villain and a psychopath.

But after meeting some good people, Crona’s mindset started changing, and he started realizing what he did wrong. Also, he understood how he could improve his behavior.

Neji Hyuga has suffered major losses in his childhood which forced him to try to kill his cousin. He was a member of the Hyuga clan who was destined to be a servant.

But things start to change when he fights with Naruto, a weak kid. He starts realizing that destiny can be changed through a positive mindset and hard work. This way, he became loyal towards the members of his clan and started loving his cousin also.

Levy McGarden is the one who loves reading books and spends most of the time with the people who also love reading. She is a kind-hearted and cheerful girl who always sees the bright side of people.

She has a forgiving nature and even forgets how bad people treated her before. She always tries to supervise people and help them if they face any kind of problem.

Shizuki Tsukishima is a 14-year-old schoolgirl who doesn’t have many friends because she sits and writes song lyrics. She always remains in her fantasy world, and teachers always scold her for this.

But she is a kind-hearted girl who never does anything with others. In the whisper of the heart finds her love partner in the end, who also reads the same books that she reads.

Yamaguchi is a character from volleyball anime Haikyu who works hard to improve his performance. He gets along with everyone on the team and keeps to himself.

Daily he visits a local former volleyball player for practice and manages to expand his skills and talent. He gets along with everyone on the team and keeps to himself. Yamaguchi only has one friend on the team who understands him.

Chiyuki is a young girl from the anime Death Parade who is a kind and strong girl. She keeps quiet and never tries to interfere between anyone’s talks or actions. She hates putting her opinion even in the worst scenarios.

She tries to stay happy within herself and hates human interaction. Her leader, Decim, makes the majority of her decisions and controls her. She puts all efforts and energy into completing Decim’s order, even if it can hurt someone.

Shikamaru Nara is one of the boldest and brilliant characters throughout the Naruto series. He makes good strategies and plans, which helps in the victory of his team. He gets promoted to the higher class based on his intelligence.

He helps people when they are struggling and takes their burden onto his shoulders which is an excellent act of concern. He plays a significant role in the web series by making many decisions that help the team in war.

Light Yagami is the protagonist of the popular series Death Note in which he hated criminals and their acts. He discovered a strange book that kills everyone who has their name written on it.

He began his journey as a peacemaker for doing good for people. He even joined a police force in the series and served justice to the world with the mind games.

Armin Arlert is the main character of Attack on titan. He is an intelligent person who later became a soldier when titan destroyed their houses.

He makes perfect decisions that help people to get a chance to live in peace without worrying. He only hangs around with those he completely trusts and who he is willing to risk his life for at all times.

In the popular web series Naruto, Gaara acts as a perfect and kind-hearted child who later becomes a cold-hearted murderer because of the hate and disgust shown by the villagers.

He became the leader of his village and a close friend of Naruto. He is pretty shy and talks to people only when necessary.

INFP Anime is full of those characters who adhere to values and morals. Other than this, they try to make the world a better place to live with their unique qualities.

It also comes with artistic merits that play into the dramatic colors and designs. The unique quality of such characters portrays goodness even in the brutal characters.

Also, these characters judge an individual from the inside rather than from the outer appearance.