How Many Home Alone Movies Are There? 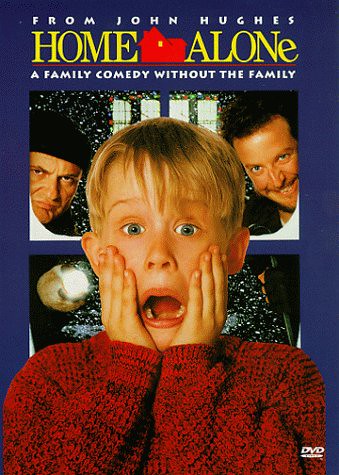 There are a total of 6 movies in the Home Alone series. The latest is Home Sweet Home Alone that released in November 2021.

The Home Alone movies follow a child who gets left home alone on accident while his family travels for the holidays. While he is left home alone he is responsible for protecting his home and fighting off bad guys trying to rob the place.

Take a look at the plots of all six Home Alone movies below.

Home Alone is an American comedy written and directed by none other than Chris Columbus. In the movie, a young boy, Kevin McCallister (played by Macaulay Culkin), is mistakenly left at home during the Christmas holidays.

Kevin must now defend his home from two burglars, played by Daniel Stern and Joe Pesci. It’s a great comedy for the whole family because it has a good mixture of humor and action. This movie is recommended for people of all ages.

Home Alone 2: Lost in New York is the 1992 sequel to the film Home Alone. It follows Kevin McCallister as he takes the wrong plane and arrives in New York while his family arrives in Miami for Christmas. Kevin protects a toy store being robbed from two burglars, who want to take away the money saved for orphans. They follow him back to his house and he protects his turf aggressively.

To make things worse, the Wet Bandit’s, Harry (played by Joe Pesci), and Marve (played by Daniel Stern) are all howling outside his Aunt and Uncle’s house, waiting to rob it and get him.

Eventually, Kevin’s family is able to meet him in New York City where they all spend Christmas in the penthouse at the famous and beautiful Plaza Hotel.

Home Alone 3 is a 1997 American comedy film directed by Raja Gosnell. It is the third installment in the Home Alone series, and stars Alex D. Linz in the lead role of Alex Pruitt.

The movie is about four arms traffickers who are all set to pick up a delivery which is due to arrive at the San Francisco international airport. The deliver is for a microprocessor that is used by the military.

Bandits, Alice Ribbons, Burton Jernigan, Petr Beaupre, and Earl Unger, plan to give the microprocessor hidden in a toy car to a North Korean terrorist group. However, the bags get switched and the microprocessor ends up with an old lady who happens to be Alex Pruitt’s neighbor.

Upon noticing the toy, she gives it to Alex as a reward for cleaning her driveway. When the criminals come looking for the microprocessor, they discover Alex sick and home alone and that’s when the adventure begins.

It’s that time of the year again and Kevin McCallister’s parents are no longer together. His mother however decides that spending time with the father for the holidays is a good idea.

This is when Kevin comes to visit Natalie, his father’s new partner. She lives in a luxurious mansion; which Kevin finds intriguing.

However, it is soon discovered by Marv Merchant and his wife Vera who plan to rob the mansion. Kevin stops them by flooding the house.

He then tries to inform the butler, Mr. Prescott, about the thieves when his father and his soon to be wife return.

Peter McCallister believes his son was up to tricks and he made up the bandit’s story as a cover up. While he initially places Kevin in detention, he is later forgiven and they begin setting up the Christmas tree together.

The following day, Kevin notices that his future stepmother has changed the tree and asks him to open a particular gift, which is a spy set toy. Kevin begins to believe that the butler is hand in glove with the thieves but since he has no proof, no one will believe him.

The following day, the McCallister’s are invited to attend a Christmas party by the Royal family. Kevin notices that the thieves are disguised as caterers at the party and tries telling Prescott about it.

Prescott, however, doesn’t believe Kevin which makes him doubt Prescott even more and that’s where Kevin locks him in a cold room. Kevin later discovers that the thieves plan on kidnapping a prince. He stops the thieves by placing various traps to protect the prince however ends up ruining the Christmas celebrations.

Kevin later gets upset and creates more traps with his spy set toys hoping to stop the thieves. That’s when Molly tells Kevin that she is Marv’s mother and an accomplice to the robbery. She locks Kevin in the basement however he manages to escape and the movie ends with Molly getting arrested.

Max Mercer is a character in the new film Home Sweet Home Alone (2021).

In the movie, he is left at home over Christmas break when his parents forget to pick him up from school.

He is scared when they don’t come back, but then he starts to have fun. Max then goes on to defend his home from notorious burglars Jeff and Pam, who are looking for the priceless heirloom Max’s family owns.

Home Alone: The Holiday Heist is another amazing movie from the Home Alone franchise. The movie follows Finn Baxter and his sister Alexis.

They love playing video games and spend most of their time away from their parents playing their favorite video games.

Finn becomes good friends with his neighbor Mason who tells Finn about the ghost of a gangster that haunts their new house. This creates chaos and Finn starts becoming paranoid.

Should All Home Alone Movies Be Watched in the Right Order?

For those who grew up watching the classic, Home Alone, there’s something to be said about the joy of watching the movie for the first time. It’s a much different experience than watching it as an adult.

The innocence that comes with viewing this film before any of the sequels sets it apart from all other movies in the series.

However, for those who are now adults and want to watch the movie again, there is no right order to watch these movies in apart from the first two movies.

Home Along movies never get old and are fun to watch every Christmas.

Are There Plans for More Home Alone Movies?

The Home Alone franchise has been a staple in the world of children’s Christmas movies for 31 years.

It was originally released in November 1990 and has since sold millions of DVDs.

Although there have been five more movies in the series, the concept still amuses viewers and there is no reason the makers would stop making any more Home Alone movies.

Jakehttps://talkradionews.com
Jake is a passionate entrepreneur and writer who likes to spend a large chunk of his time researching, reading and writing. He aims to keep web surfers engaged with the latest news and articles on a wide range of topics. When he's not writing, he's busy catching a tan on the beach in Florida.
Previous articleWhat to Know When Starting Business in College
Next article10 Best INFP Anime Characters

All about Bitcoin: The past, present, & future!