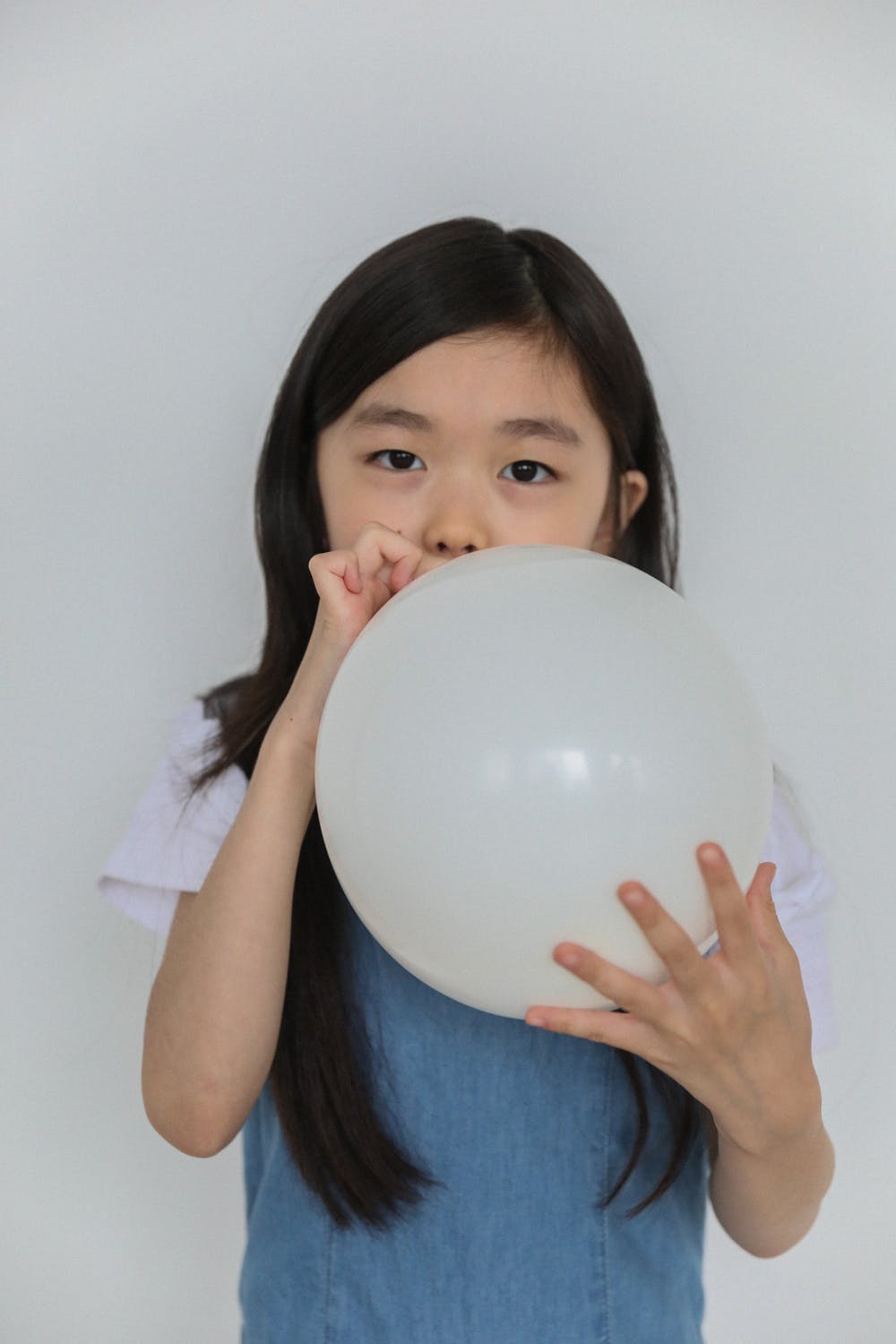 But have you ever wondered why does helium change your voice?

Surprisingly, helium does not indeed change your voice’s pitch. Instead, it changes your tone, making your voice sound very high pitch. The high pitch tones are amplified and the low pitch tones and muted due to the helium.

In today’s blog, we are going to understand why this actually happens. So are you ready to uncover the mystery behind the voice change helium does? Let’s move to our first topic!

The Science Behind How We Speak

Normally, we inhale the air inside our lungs, and when we exhale, we use that air to make noise. Noise is caused by the vibrating of air. When air comes out of your lungs, it goes through your vocal cords to your pharynx.

Your throat’s shape and vocal cords (the speech channel) ensure that everyone has a unique voice. So the type of sound depends on the shape of the voice channel. Moreover, it also depends on the speed of the sound. Does it mean the change in voice is determined by our speech channel? Let’s find out.

Reason Behind Change in Voice

In reality, a person’s voice is made up of several sounds, most of which are high-pitched. This brings us directly to the claim that everyone can change their voice at any time. This possibility is favored, in particular, by the action of two membranes located in the larynx. These are, of course, the vocal cords.

The inhalation and exhalation of air allow the vocal cords to vibrate. When they vibrate, they give way to the circulation of sound waves. As an amplifier, we have resonators made up of the oral cavity and the nostrils. They are responsible for the change in voice. Now let’s learn how helium changes our voice.

Relationship Between Helium and Voice

Sound and voice are two elements that are determined by frequency. When the sound is remarkably high-pitched, it means that the frequency rises. Usually, the frequencies perceived by the ear are around 20 and 20,000 Hz. This explains why sound frequency is defined by the speed of sound in a gas.

In other words, the air has a much lower frequency than helium. As the flow of a sound is particularly dependent on the impulse of the vocal cords, with helium at high pressure, the sound that comes out becomes high-pitched. However, the voice effect doesn’t last for more than a few seconds.

In fact, the effect of this gas ends once nitrogen has taken its place in the breath. That’s why when you take a long breath of helium, you find the change in your voice only for a few seconds. Now let’s learn some of the properties of this gas.

Some Details About the Properties of Helium

Helium is a gas whose density is lower than that of air. This means that when a person inhales helium, the vibrations of their vocal cords emit sound waves at high speed. So these waves don’t have time to pass through the air.

Subsequently, this higher propagation speed will contribute to the increase in the emitted sound flow. That’s why after inhaling helium, you produce a duck-like voice, slightly similar to the voices of “Daffy Duck” and “Donald Duck.” With this comes the question – is it safe to inhale helium?

Is it Safe to Inhale Helium?

In general, it is considered quite safe because oxygen enters the human body along with gas. In addition, it is difficult to recognize a person who has inhaled helium, except at the moment when he begins to say something. However, helium can have some side effects.

Some people may experience signs of lack of oxygen, such as dizziness, headaches, shortness of breath, and nausea. When you inhale helium, your vocal cords vibrate at a high frequency. This causes the desired voice effect, but your vocals can get damaged from the higher frequency.

Deep and frequent inhalation of this inert gas can trigger the formation of helium bubbles in the blood. Once they reach the brain, they can cause strokes and even death. The usual supersaturation of the lungs with helium can be uncertain if the oxygen content in the human body is significantly reduced.

Here’s another interesting fact you must know – if you are taken inside a helium chamber, and you stay there for a while, you will start feeling suffocated only after a while. This is because such a gas contains only a few tenths of percent oxygen.

In addition, pampering with helium is especially dangerous for pregnant women, not only for the expectant mother but also for her baby. Therefore, it is best to simply admire the balloons without trying to inhale the gas contained in them.

For how long does my voice sound funny after inhaling helium?

Your voice will stay funny for a maximum of 5 seconds, depending upon the size of your lungs.

How many times is it safe to inhale helium?

Inhaling it once or twice, for fun, is safe. However, if you do such fun daily, it can be threatening to your health.

How many brain cells do I lose after inhaling helium?

Does inhaling helium cause lung cancer?

The good news is that inhaling helium doesn’t cause lung cancer.

We hope you understand why helium changes your voice. Just remember that inhaling this gas a few times for fun is safe. But if you keep on doing it for a long time, just to look cool in front of your friends, you are going to face several health issues.

In the end, if you had a great time reading this blog, share it with someone who’s still unaware of the science behind how helium changes the voice. Let them discover the truth. Also, have a wonderful day ahead!