Why Does Alcohol Make You Pee? 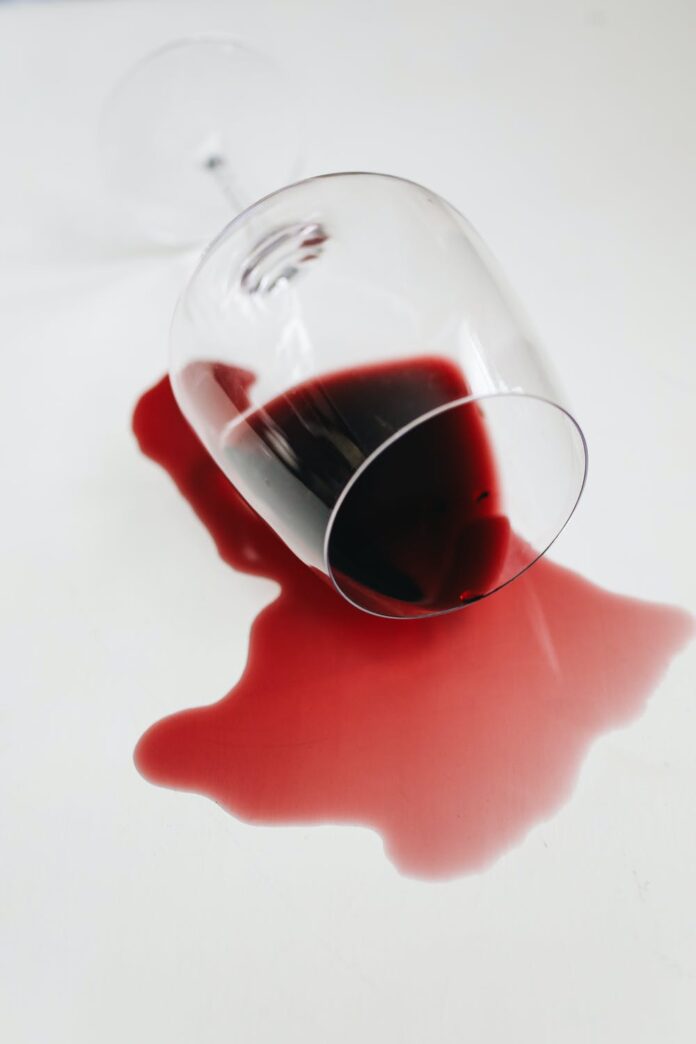 Night outs become less fun when you find yourself spending most time peeing. Drinking alcohol will make you pee more than if you drink the same amount of water. But why does alcohol make you pee? It’s because alcohol is a diuretic.

Do you wish to know about the relationship between alcohol and pee? In today’s blog, we are going to learn about the science behind why alcohol makes a person pee. In addition, we’ll also understand how you can stop yourself from going to the bathroom constantly. Let’s dive in!

How Does Alcohol Make You Pee?

Are you curious to know how drinking alcohol makes you pee? There is no one reason but multiple factors of the same. Following are a few of those factors responsible for why you pee more after drinking alcohol.

Alcohol is Liquid – Your Kidneys Know it Very Well

The job of kidneys is to regulate water throughout your body. They do their job by monitoring your blood’s plasma osmolality, which refers to the ratio of particles inside your blood in proportion to fluid. So if your blood contains fewer particles and more fluid, your kidneys will release urine more often.

On the other hand, if your blood has more particles than a fluid, your kidneys will tell your body to hold fluid release. Therefore you won’t feel like peeing. That’s how kidneys control your pee. It sounds gross, though!

Since alcohol is liquid, it affects osmolality by favoring more fluid than particles. As a result, your kidneys tell your body to release more fluid. Therefore, you’ll find yourself peeing more than what you have drunk.

The second most obvious factor for why alcohol makes you pee more is because it’s a diuretic. You might be wondering what does it even mean? Diuretics are something that, after consuming, forces your body to release more water.

When we say alcohol is a diuretic, it means it reduces your body’s water levels by making you pee more. Moreover, drinking alcohol also inhibits your body from releasing vasopressin. The other name for this hormone, popular among doctors, is the anti-diuretic hormone ADH.

Typically, the ADH is released when there’s an increase in the particles over the fluids (plasma osmolality). When these hormones are released, your kidney sends signals to your body to hold the water release. So what alcohol does is suppress the release of ADH.

When ADH is not released, your kidneys will release an increased amount of water. As a result, you’ll visit the bathroom more often. In addition to increased peeing, you’ll also suffer from nausea and headaches later.

In other words, the diuretic effect of alcohol is what makes you pee more than what you drink. It’s time we discuss the alcohol’s diuretic effect in detail. Keep reading to discover the factor causing this effect.

There are many factors upon which the diuretic effect of alcohol depends. Here are some of those factors affecting. Understand them carefully.

According to a study on alcohol and alcoholism, the urine output of a person increases with the increase of alcohol content in their blood from 2% to 4%. Another research shows that drinking higher alcohol content beverages in moderate amounts, distilled liquors and wine, for example, provokes a lighter diuretic effect. Moreover, when compared, it was found that lower-alcohol drinks such as beer don’t give any diuretic effect.

From drinking habits, we mean how often you drink alcohol. When it’s about peeing, our body becomes accustomed to alcohol’s presence. Thus, the more often a person drinks alcohol, the fewer diuretic effects they experience.

It’s just how your body works. That’s the reason why people who don’t drink alcohol often tend to go to the bathroom more often than the ones who are regular drinkers. But this does not give you the reason to drink more alcohol!

Your Hydration Levels Before Drinking

Your hydration levels have a great impact on the diuretic effect you experience. According to a study, people who are slightly dehydrated before drinking alcohol tend to urinate less compared to those who are hydrated. The results remain the same, even if they both drink the same amount of alcohol.

However, different people’s bodies respond uniquely to alcohol. Some people might find themselves peeing more when they drink alcohol, while others pee less. Now let’s talk about a popular term linked with alcohol – “breaking the seal.” Let’s find out what it means!

What is Breaking the Seal?

Breaking the seal is used when you pee for the first time after drinking alcohol. Many people believe that when someone breaks this seal, it makes them pee more often. As a result, many people try to hold their pee until it becomes really crucial to go to the bathroom.

Surprisingly, there’s no scientific evidence reflecting the authenticity of this belief. According to doctors, it’s a theory created to remind a person about the limits when drinking alcohol. However, this belief is controlling your brain in many ways.

If you believe that breaking the seal will make you pee more often, your brain will keep on revolving around the thoughts of going to the bathroom. As a result, you’ll find yourself peeing more frequently. So what can you do, hold your pee?

Holding your urge to urinate isn’t healthy. Doing it repeatedly increases the risk of UTIs, also known as urinary tract infections. Thus, it will affect your brain-bladder connection, resulting in wet beds. Let’s understand how to manage your urge to pee.

How to Manage Your Need to Pee?

You obviously don’t want to face embarrassment at a party by frequently going to the washroom. We can help you manage your need to pee. Here’s how you can control that!

We hope you have understood why alcohol makes you pee more frequently. In the end, if you like reading this blog, share it with your friends and help them know why they pee so much after drinking alcohol.

Jakehttps://talkradionews.com
Jake is a passionate entrepreneur and writer who likes to spend a large chunk of his time researching, reading and writing. He aims to keep web surfers engaged with the latest news and articles on a wide range of topics. When he's not writing, he's busy catching a tan on the beach in Florida.
Previous articleWhy Is My Eyebrow Twitching?
Next articleWhy Do Guys Distance Themselves After Intimacy?