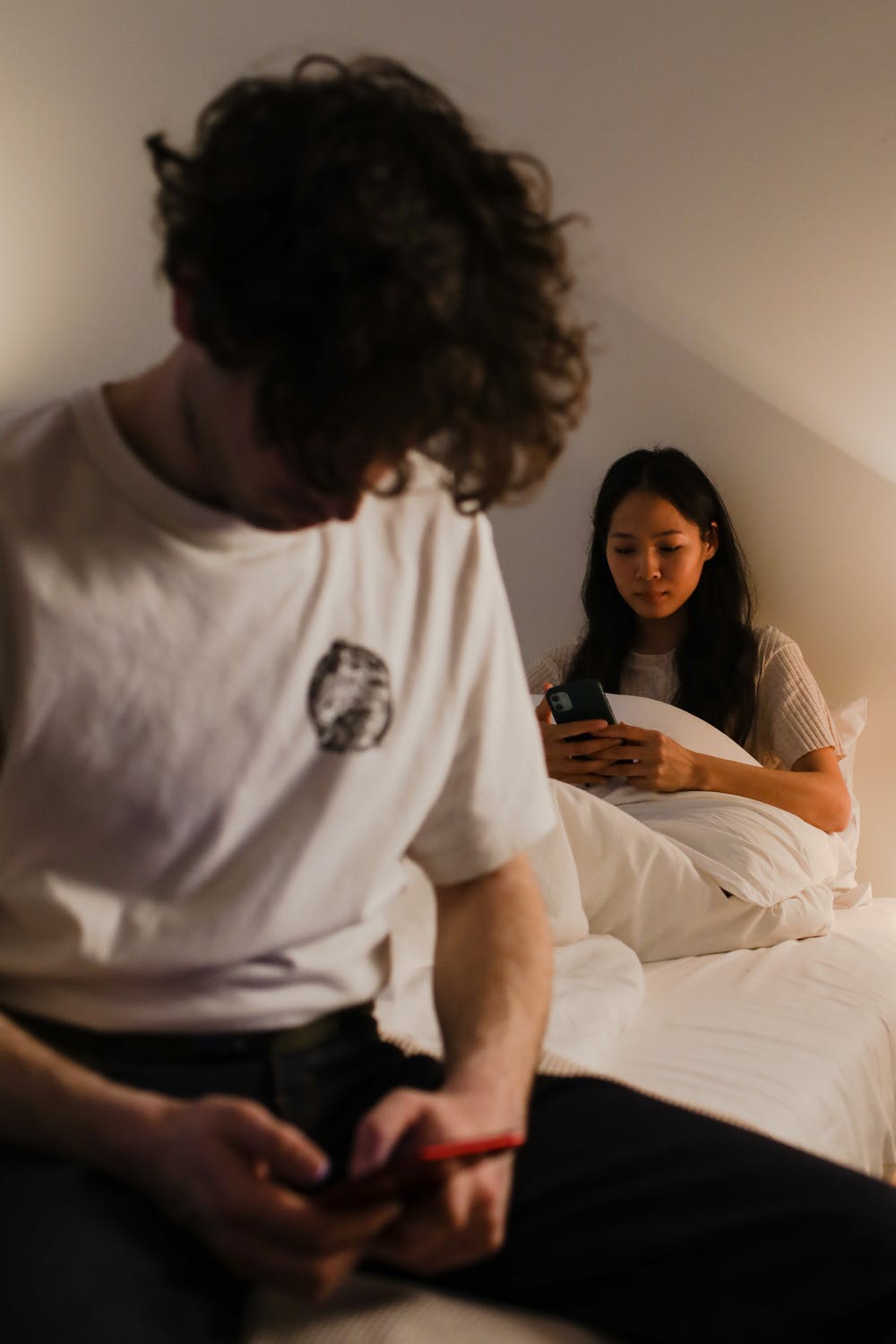 If you ask “What’s that one question that most women want an answer to in their lifetime?”, I think this one’s the one! While I can already feel a lot of women nodding in agreement while they read this, it has always seemed like a mystery.

Why do guys distance themselves after intimacy? Most women wonder if it’s got something to do with themselves or their personalities. Was it you? The way you talked or the way you kissed him?

If you really did have an amazing time, then why did he distance himself? Why did he promise to call yet you received no call or text from his end?

All these questions can leave you extremely perplexed and a tad bit intimidated too if I’m being honest. For a lot of women, it’s just their first time being intimate with someone and they’re already worried that they made some grave, irreparable mistake.

They start believing that there is something fundamentally undesirable about themselves that chased the guy away!

Some of the most common reasons guys distance themselves is because the chase is over, he doesn’t want a relationship or things were simply moving too fast for him and he got cold feet.

In this blog, we have all the answers to the million-dollar question that haunts your mind!

Taking a Peek at Yourself After Intimacy

Before we get into the entire ordeal of “men will be men” and “his loss”, let’s take a moment to evaluate ourselves, shall we?

No! I’m, in no way, trying to imply that you made a wrong move that drove him away. But, what I mean by self-evaluation here is to remember how you behaved around him after sleeping together. Biologically speaking, women tend to be a lot different from men after they’ve had intimate time together.

Research says that getting physically close and developing sexual tension, followed by the release of it leads to the secretion of oxytocin in women, a hormone that leads to a sense of love and attachment among women.

On the other hand, physical intimacy leads to the secretion of dopamine in men that contributes to physical pleasure and satisfaction. Even hormonally, men and women are poles apart from each other. We are not saying it’s wrong, men and women are structured differently, in all aspects.

However, that does not automatically mean men can’t ever have feelings for you after intimacy, right? I mean, there are several men out there who are happily in love or married!

Why Do Guys Distance Themselves After Intimacy?

So you’ve met a new man recently and after weeks of fooling around and a handful of romantic dates, you guys finally made “the move” on each other. But sadly, after spending the most exciting night together, he has suddenly started drifting apart.

Don’t worry we have got you covered!

Let’s face it! Men love the chasing episode. Men are charged with testosterone and the one thing that makes them feel validated enough is when they get to chase after a woman who is way out of their league.

This gives them a sense of purpose and makes them feel chivalrous. But, that feeling lasts only as long as the chasing is on. Once they get physically intimate, the chasing (or as we might say it, the illusion of chasing) is over. This makes him withdraw himself and lose interest easily.

I know, this sounds like a classic “it’s not you, it’s me” drama situation, but sometimes it’s true. His distancing has got nothing to do with you or anything remotely associated with you. It’s all him.

He doesn’t want a relationship and the intimacy scared him away It’s unfair, I agree, but there’s not much we can do about others’ choices. All we can do is accept the situation and walk away, hoping for a better tomorrow!

This will most definitely be the worst reason of them all. Hook-ups are not necessarily a bad thing but playing with someone’s feelings to get your way is straight-up disgusting and mean.

If your guy has distanced himself due to this reason, count yourself lucky to have gotten rid of a problematic man. You definitely deserve better, senorita!

If you were making him breakfast in the morning and leaving him long paragraph messages the day after your special night, you’ve got to admit that you were going a tad bit too fast.

Men are usually terrified when the relationship goes too fast because they are not as prompt with feelings and emotions as women. Most men face severe attachment issues So take your time, keep it slow yet steady, and don’t rush into commitment right from the giddiness of physical intimacy!

What Should You Do if the Guy Has Distanced Himself?

If you can already sense him distancing himself and not for the wrong reasons, there is still a chance of winning him back! Let’s take a look.

If your guy has distanced himself due to commitment issues or out of plain fear, give him space. Let him realize that you’re not going to push a relationship on him just because you had sex! Let him value your presence in his life and he will be back for you in no time!

We tend to rush into things without proper communication and that can lead to fatal problems. If a guy has pulled himself away, call him up and talk to him.

Communicate openly and be open about your feelings as well as your intentions. As adults, being vulnerable is a mature thing to do. Once you’ve had clear communication, you’ll know what’s the right thing to do.

No matter what the situation is, losing your mind over your sleepover with a guy is never worth it! Keep yourself calm and composed.

Try to understand the exact reason behind the distancing and take the appropriate measure accordingly. Whatever it may be, don’t lose your peace over one guy!

No matter what situation you’re in, there are two possible conclusions: he’s either interested in you or he was just fooling around.

Getting into these situations will really help you evaluate the guy and you can decide for yourself if he’s worth all the trouble. After all, we don’t judge! Good luck!