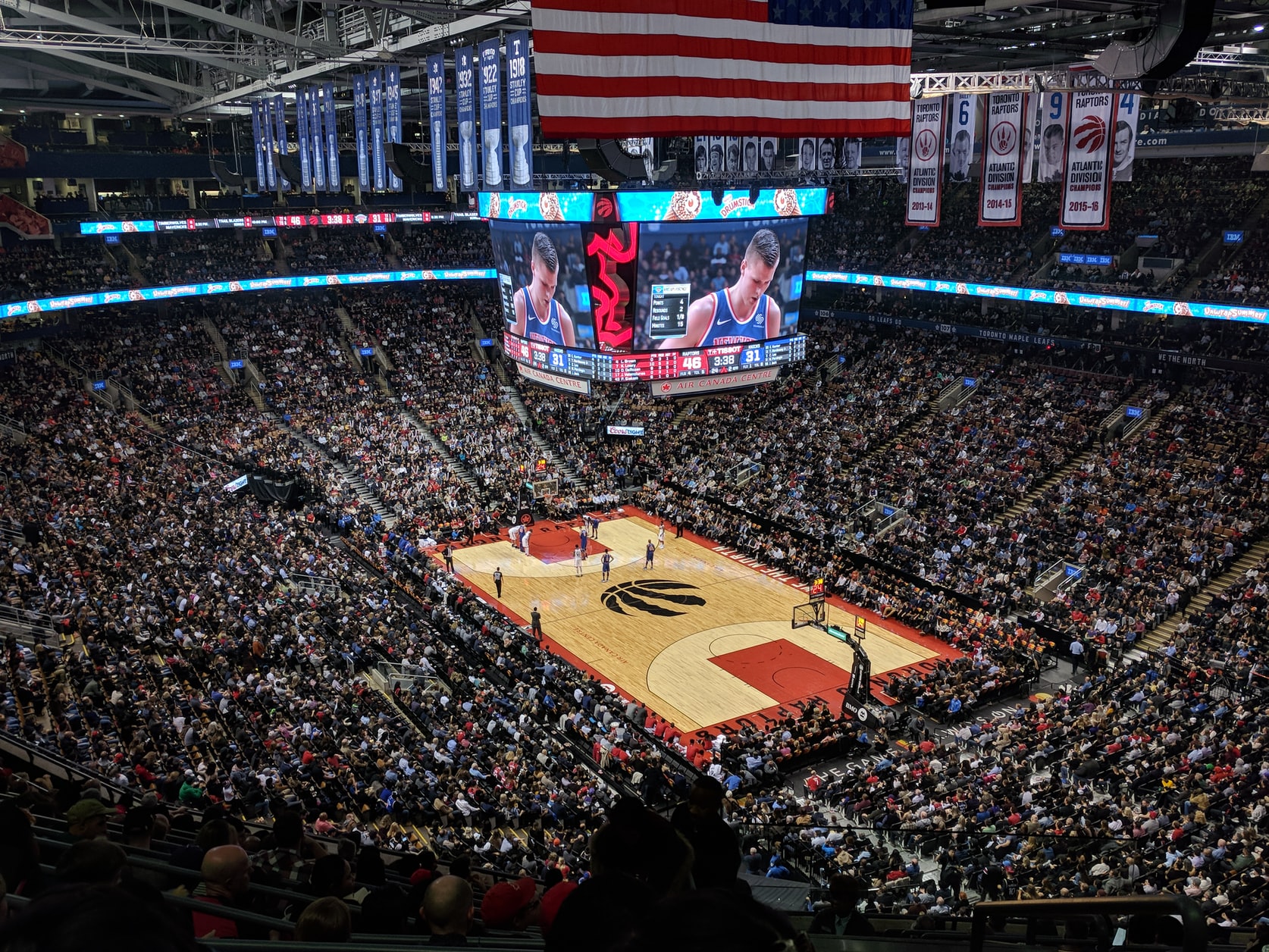 The Toronto Raptors were established in 1993 as part of the NBA’s expansion into Canada. As expected, the new team got off to a slow start, but the Raptors found their stride over time, becoming one of the best teams in the NBA. When the Vancouver Grizzlies moved to Memphis in 2001, the Raptors became Canada’s only NBA team.

During the first part of their history, the Raptors called the SkyDome home, moving to Air Canada Center in 1999. Keep reading to learn about the fascinating history of this beloved NBA franchise.

The Raptors Arrive in Toronto

The Raptors’ arrival in Toronto as an expansion team in 1995 marked the first time that the city had hosted an NBA team in the modern era. They played in the league’s Eastern Conference then and still do today, having experienced great success over the years.

The Toronto Raptors have developed a loyal following, and it’s likely the franchise will continue to have a significant impact on the city for years to come.

As many Raptors fans would tell you, wagering on their hometown team is an exciting part of having an NBA franchise call their city home. Betting has always been one way for basketball fans to participate in the game. Many fans follow their favorite NBA teams closely, check sports betting odds in Canada and make predictions about who has the best chances of winning.

Championship teams aren’t born overnight, and the Raptors were no exception to this rule. Although Canadian basketball lovers were thrilled to have a professional basketball team in the Great White North, the Raptors got off to a disappointing start. The team placed last in the Atlantic division during their first three seasons in the NBA. Luckily, this losing streak didn’t last. The team’s 1998 acquisition of Vince Carter, their first superstar, helped turned the tides with the team becoming competitive for the first time their short history.

Carter was a five-time NBA all-star, and it showed. He led the new team to their first playoff during the 1999-2000 season. The Raptors faced off against the New York Knicks in the first round of the Eastern Conference playoffs; however, the team were no match for the more experienced Knicks. After three games, the Knicks swept the Raptors, sending them packing early in the playoffs.

Despite this loss, the Raptors had found their stride, qualifying for the playoffs again during the 2000-2001 season. This time they put up more of a fight, advancing to the Eastern Conference semifinals. They lost to the Philadelphia 76ers in a tense, seven-game series. After making it to the first round of the playoffs again during the 2001-2002 season, the Raptors were dogged by injuries, which contributed to a four-year losing streak. They finally traded an unhappy Carter in 2004 and began to rebuild the team.

The Raptors continued to persevere despite several setbacks as they attempted to build a new team. All of that hard work paid off during the NBA’s 2013-2014 season, which saw the team go from last place in the Atlantic Division to winning their second division title in team history. They then went on to win another division title during the 2015-2016 season but lost in the first round of the playoffs.

Despite this, the Raptors had finally become an elite NBA team. Their fans were rewarded when all-star guards Kyle Lowry and DeMar DeRozan led them to their first Eastern Conference Finals, where they were defeated by the Cleveland Cavaliers. After this, the Raptors continued to break records and finally made it to the NBA Finals in 2019, when they beat the Golden State Warriors in a hard-fought six-game series. Winning the NBA Championship secured the Raptors’ place in Canadian basketball history.