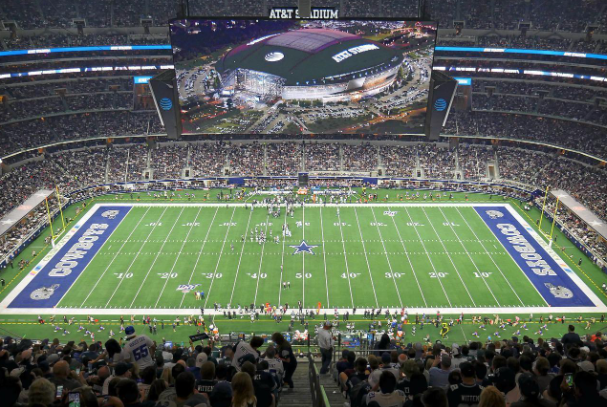 Talk to anyone in Texas and they will tell you that everything is bigger and better in the longhorn state. The steaks are bigger, the countryside is more beautiful and just about everything is an improvement on the rest of the United States.

College sports are very big here but there are some pretty big pro sports teams too. Texas is well represented in all the major leagues and has celebrated championships from Dallas to San Antonio. But which ones are the best sports teams in Texas? Read on to find out who we think rules the state – in no particular order, of course.

Where else to start when it comes to pro sports teams in Texas than with America’s Team, the Dallas Cowboys? Only two other teams have won more Super Bowls – and the Cowboys have had two separate periods of dominance that have created a football dynasty in the NFL.

There have been some world-renowned Cowboys over the years but it is the organization itself that is the real (lone) star. In 2015 it was named the most valuable sports team in the world and its stadium has the biggest television screen of any sports arena on the planet. Maybe everything is everything bigger in Texas!

When it comes to NBA basketball in Texas it is Houston that rules the roost. Coming into the league in 1967, the Rockets have been postseason regulars ever since but had already lost two finals series before winning the championship in 1994. Led by the iconic Hakeem Olajuwon, Houston returned the next year and won the whole thing all over again.

There haven’t been any further finals appearances since those heady days of the early 1990s. But there have been some very high profile players that have turned out for the Rockets. The most recent big star was James Harden – but fans are now waiting for a new main man to take them back to the glory days.

Staying in Houston, the Astros have become one of the most successful – and largely disliked – teams in baseball in recent years. There have been World Series victories but with a GM and Manager suspended for sign stealing, Houston is not a favorite of many outside the city.

For many years after being established in 1962, the Astros did nothing of note when it came to the postseason. It took 18 years to make the playoffs – and another 24 to win a single series. But they made the World Series a year later and have now won one and lost three Fall Classics – including last season.

After starting life as the Dallas Chaparrals in 1967, the Spurs eventually moved to San Antonio in 1973 and have been one of the real success stories of Texan pro sports. In 42 seasons since joining the NBA, the Spurs have enjoyed a winning record 36 times and have only missed out on the playoffs on seven occasions.

At the end of the 2020/21 season, the San Antonio Spurs boasted the all-time best win percentage, although success has largely deserted them in recent years. The late 1990s and 2000s were the glory years and the Spurs’ five championships rank them fifth on the list of winners.

It is not just the traditional American sports that Texas excels in. Major League Soccer has been around for quite a while now – and one of the most successful teams since its formation in 2005 has been Houston Dynamo.

There have been two MLS Cup victories, as well as a US Open Cup triumph in 2018. Soccer is fast becoming one of the big sports in the country and the Dynamo has attracted some high-profile investors. Oscar De La Hoya and James Harden both now own a stake in the franchise.