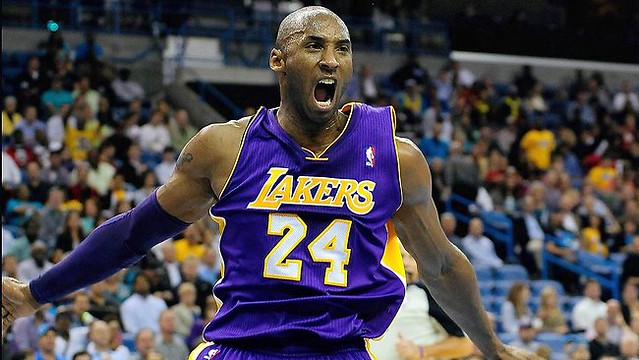 For his entire 20 years career, he played for the Los Angeles Lakers and even retired proudly as a Lakers legend.

When we talk about Kobe Bryant’s rings he had one less ring than GOAT Michael Jordan who has a flawless record of 6 NBA championship wins. Throughout his career, Kobe won 5 rings i.e. five NBA championships.

How Many Rings Does Michael Jordan Have?

Michael ‘air’ Jordan the GOAT NBA player has won six rings. Kobe Bryant is just one win behind him.

Many NBA players were compared to Michael Jordan but no player has been quite inextricably linked as Kobe Bryant.

Not only that, Jordan and Kobe were like brothers in real life. Kobe would call Jordan his ‘big brother’ and Jordan would call Kobe his ‘little brother’

Kob Bryant in full Kobe Bean Bryant, one of the greatest players in the history of basketball was born on August 23. 1978 in Philadelphia.

Kobe’s father, Joe was a professional basketball player who spent 8 seasons in the NBA.

Being a son of a retired NBA player, Kobe had passion and skill for basketball from the beginning. He started playing basketball at age of 3.

Kobe earned the title of ‘Pennsylvania player of the year’ while playing for the Lower Merion Varsity team in his high school.

He received the senior MVP award in 1995 when he participated in the Adidas ABCD camp. Later, he signed a three-year contract with the Los Angeles Lakers worth $3.5 million.

In 1999, Kobe met Vanessa Laine while she was working as a background dancer, and fell in love. Bryant’s parents were not in favor of Kobe marrying a non-African-American woman.

Despite his parent’s disapproval, he and Vanessa decided to tie the knot on April 18, 2001. Vanessa and Kobe were proud parents of four living kids.

Kobe was a lifelong fan of his hometown NBA team, the Philadelphia 76ers. He was also a fan of the soccer teams of Manchester United, AC Milan, and Barcelona.

Kobe Bryant’s career earning was over $680 million which is considered to be the most by any athlete player.

On January 26, 2020, Kobe and his 13-year-old daughter, Gianna along with seven other people died in a helicopter crash in California. The news came as a shock to the whole world.

This has been a devistating time for Vanessa, her family, and Kobe’s loyal fanbase.

There were many misconceptions about Kobe Bryant’s height. He was listed as 6’6 during his career. But years later, the five-time NBA champion’s wife Vanessa broke the rumors.

But whether you consider Kobe to be  6’4 ¾ or 6′ 6, there’s no doubt that he was one of the greatest players of his generation.

Kobe Bryant’s NBA career began when he was picked by the Los Angeles Lakers when he was 18 years old. Bryant took a while to establish himself as the premier guard in the division.

However, Kobe’s fortune changed when Phil Jackson was appointed as the head coach of the team. With the back-to-back win, Kobe Bryant won a total of 5 championship rings throughout his career.

He was one of the 26 players who have managed to win 5 times in their career.

What Teams Did Kobe Bryant Win His Championships with?

Kobe won all five championships with the Los Angeles Lakers.

Kobe during the 20 years of his career played with many great players including Shaquille O’Neal and Pau Gasol. Most of his championship wins came through his partnership with Shaquille O’Neal.

Many believed he could not have won without Shaquille O’Neal. Kobe proved that wrong when he won two more championships after Shaquille left the Los Angeles Lakers to join the Miami Heart.

Kobe and O’Neal’s partnership dominated the league in the 2000s. They won 3 championships together. However, later the Los Angeles Lakers were forced to pick between the two-star players.

The Lakers picked Kobe, which later proved to be a fantastic decision since Kobe helped them win 2 more championships.

The first NBA championship win for both Kobe and Shaquille was in 2000 when they managed to beat Indiana packers by 4-2.

The Los Angeles Lakers managed to win one more NBA championship with the partnership of Shaquille and Kobe.

Los Angeles Lakers won another NBA championship. Throughout the whole season, Kobe and O’Neil were at odds with each other.

In 2009, Kobe proved everyone wrong who thought he only managed to win because of the help of Shaquille. Kobe helped the Los Angeles Lakers win another championship.

In the preceding year, Kobe won his fifth NBA championship for the Lakers.

Kobe Bryant fully deserves to be recognized as one of the greatest NBA players with a total of 5 championship rings in over twenty years of his experience. Out of all his wins, 2010 was his favorite. The Lakers continued to win a few more NBA championships after the retirement of Kobe.

Unfortunately, on January 26, 2020, the world lost its true gem. The Lakers dedicated their latest 2020 win to Kobe Bryant. Despite his shocking and unfortunate passing, Kobe has continued to be an inspiration to many players and fans.