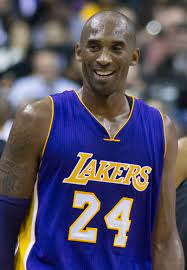 If you’re a basketball fanatic or you’ve devotedly followed NBA all your life, there is one particular name that you definitely couldn’t miss out on.

The basketball maestro was one of the most popular and celebrated names in the history of the NBA. Popularly known as “The Black Mamba”, Byrant had won over the hearts of millions of fans worldwide through his dedicated performance, brilliant game strategy, and captivating energy.

He has brought home several big wins for his team Los Angeles Lakers, making the dreams of several fans come true! His captivating moves have been the highlight of his career and millions of youngsters with a passion for basketball have looked up to him as a role model.

Unfortunately, the world mourned on January 26, 2020, when Kobe Byrant met with an unfortunate helicopter crash leading to the death of him along with his thirteen-year-old daughter, Gianna Byrant.

Thus, the extraordinary legacy of The Black Mamba had to come to an end, leaving a gap in basketball history and breaking the hearts of fans worldwide.

No matter what, there is one particular question that haunts the minds of almost every Lakers fan. Why did Byrant change his jersey number from 8 to 24?

As for the legend, he mentioned that he wanted to start off with a clean slate!

But why? If you’re interested in the same, stay tuned as we are about to unravel that particular mystery in this blog!

Why Did Byrant Change His Number From 8 to 24?

Throughout his entire career, Bryant has led the Los Angeles Lakers to breakthrough victories, consisting of 5 NBA championships, and had bagged a position in the finals almost 7 times.

However, most people, especially the Lakers fans tend to divide his entire career into a culmination of two fragmented success stories, both achieved by wearing two different jersey numbers, 8 and 24! What’s even more fascinating is the fact that Kobe has made his signature successes wearing both the numbers!

There are several fan theories that revolve around this particular incident. Some people might say that Byrant wanted to take the jersey number 24 because it was somehow his motive to prove that he was a greater legend than Michael Jordan.

This is why he chose a number that is greater than Jordan’s 23 jerseys by just one digit (24). However, this was just a made-up theory and was never confirmed by the legend himself!

To Byrant, changing the jersey number signified a fresh start, “a clean slate” as he would say it. When he finally retired in 2017, Kobe decided to finally break his long-continued silence about the burning question: Why indeed did he change his jersey number from 8 to 24?

To quote Byrant’s exact statement to the ESPN,

According to him, 24 was all about maturity and growing up.

“Then 24 has grown from that. Physical attributes aren’t there the way they used to be, but the maturity level is greater. Marriage, kids. Start having a broader perspective being one of the older guys on the team now, as opposed to being the youngest. Things evolve. It’s not to say one is better than the other or one’s a better way to be. It’s just growth,”, he mentioned about jersey number 24.

To put things into perspective, Bryant’s main focus was to mature, not just as a person but also as a player. Meanwhile, there were a lot of ups and downs in his personal life that he had been dealing with at that point, including a false rape allegation, several feuds with his franchise as well as his marriage falling apart. To walk away from all these problems, to start afresh and reclaim his image in his industry.

Truth be told, Bryant has delivered extraordinary performances, irrespective of the number that he wore. He was a true professional and his heart lied in the game and not with the sentiments of his jersey number.

However, Laker fans all over the world have divided Kobe’s career into two parts, the success of each part measured individually and compared to the other.

Bryant started his career with the Los Angeles Lakers in 1996, with his jersey number 8.

Bryant continued to wear that until his official retirement from NBA in 2017. Let us compare the success stories created by each of his jerseys!

Byrant started his career in jersey number 8 and spent 10 important years of his career wearing this jersey.

He brought home some massive records as Lakers 8, including:

Although he has been through tremendous ups and downs personally as well as professionally, Kobe Byrant’s records speak on his behalf.

He truly was one of the greatest players in his era, a true basketball icon. The Black Mamba and his irreplaceable legacy ended with his demise. Rest in peace, King!