Why is There a Ring Around the Moon? 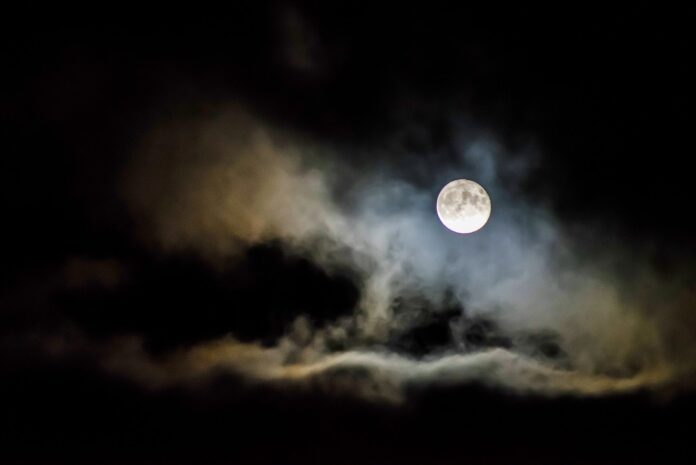 Whenever you look at the ring around the moon, you might get confused because you don’t know the exact answer to this.

According to the sources, these rings result from moonlight passing through thin clouds of hexagonal ice crystals in the atmosphere.

The next time you see a ring around the moon, you will know why. We see the ring in conjunction with cirrus clouds that are thin, wispy, and at high altitudes. These ice crystals are always hexagonal, so light passing through them will always refract back at the same angle of 22 degrees.

Not only this, a large number of crystals refract at different angles because of their position in the sky. The light is splitting up into its separate colors, and we see the colors in the form of a rainbow.

What Does the Ring Around the Moon Symbolize?

The rings around the moon symbolize whether rain or snow is coming soon. This is a very old saying and said by the people when they often look up during a clear night and see a bright ring around the moon.

In spiritual senses, the glowing light is a halo that means a person’s head. This halo symbolizes holiness and a representation of an arc of light.

The lunar halo represents various things in different cultures. Some people who see them believe the forecast is poor weather due to the coarse air and other conditions.

Signs around the sun or moon are associated with human suffering and bad weather. Other than this, the cultures with limited exposure to meteorology may link the phenomenon with Christian or biblical significance.

At last, according to Wiccan belief, the halo sanctifies the moon as an ordinary thing rather than “unholy” light as it radiates through the halo.

How Does the Moon Shine?

We determine the perceived brightness of the moon from Earth by the moon’s position in its orbit around the planet. The moon orbits Earth once every 29.5 days, and various sun angles illuminate it.

This movement of the moon around the Earth and the Earth’s orbit around the sun accounts for the moon’s various phases like the full moon, quarter moon, etc.

Lunar halos are not the only rings that encircle the moon. They are confused with the lunar coronas, which are something like a rainbow when moonlight or sunlight interacts with water droplets in fog.

Coronas also form a very tight circle around the moon at around 10-degree irrespective of 22 degrees.

Fogbows are white like the lunar halos, but they form low to the ground. They are also the result of water droplets, albeit very small, like those found in a fine fog or mist.

The ring of all rings was spotted over Manitoba, Canada, during the winter of 2020. The white light covered the moon with corona, moon dogs, and tangent arcs along with the halo. That is a sight that beats a macabre blood moon any day of the week.

Does a Ring Around the Moon Mean Good Luck?

Many folkloric traditions of weather magic indicate that a ring around the moon indicates that bad weather, rain, or bad atmospheric conditions are on the way.

According to some sources, “Halos are a sign of high thin clouds that are somewhere around 20,000 feet above us”.

If you spot a halo around the moon on a clear night, it might be an indication of bad weather.

In other words, seeing those icy clouds refracting light around the moon indicates the presence of cirrus clouds, which could show the arrival of a storm.

What is the Full Beaver Moon?

According to the beliefs, the name of November Full Moon is after beavers because they build their winter dams in preparation for the cold season. The beavers are nocturnal, so they are working in the light of the Full Moon.

The Beavers build the dams out of wood and mud in the center. Also, they create some dome-shaped lodges with underwater entrances. The teeth and the bodies of these beavers continue to grow throughout their lives.

Beavers gnaw on wood all the time, but because the enamel in their incisors contains iron, their teeth are very sturdy, and they never wear down.

There were once more than 50 million beavers in North America. But, due to human hunting for fur, glands for medicine, and various other things, the beaver population is not like before and is around 12 million.

Now everything should be clear about the moon and the formation of rings around it. The moon is the most bright and large object present in the sky. It has been creating a rhythm guiding human beings for thousands of years.

The moonlight flows from tiny clouds of ice crystals high in the Earth’s atmosphere that cause rings around the Moon along with the formation of an arc.

Jakehttps://talkradionews.com
Jake is a passionate entrepreneur and writer who likes to spend a large chunk of his time researching, reading and writing. He aims to keep web surfers engaged with the latest news and articles on a wide range of topics. When he's not writing, he's busy catching a tan on the beach in Florida.
Previous articleWhy is My Dryer Squeaking?
Next articleWhy Mosquitoes Buzz in People’s Ears?

Is Kobalt A Good Brand?

Is Sun Joe A Good Brand? Let’s Find Out