Why Does The Moon Shine? 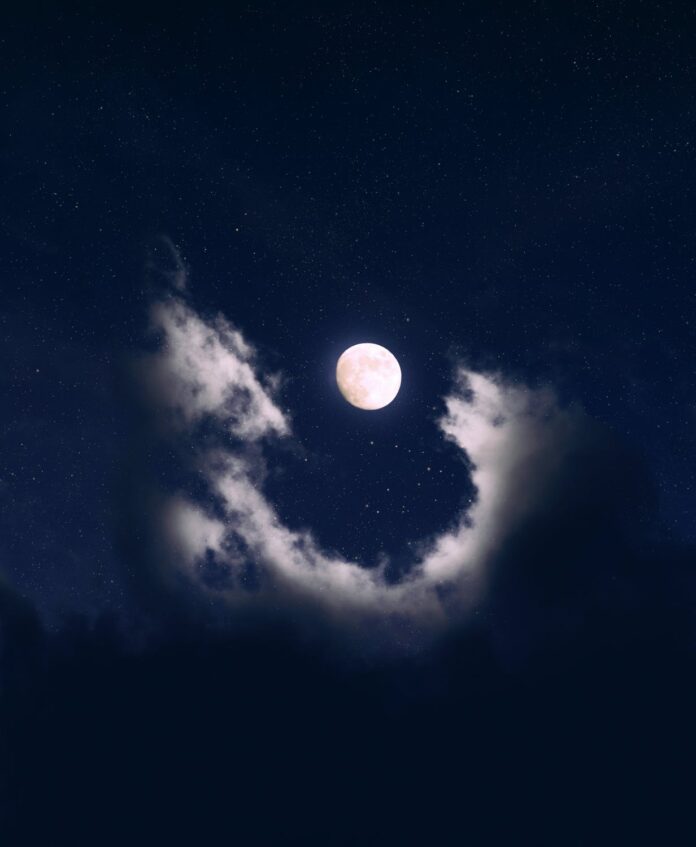 Our Earth is a part of a giant solar system, consisting of the Sun and several other planets, revolving unanimously around the Sun. Most planets in the solar system have several natural satellites, for instance, Jupiter has 79 moons revolving around it.

Our Earth only has one natural satellite of its own – The Moon. We are aware that the Sun is an illuminating body that is capable of generating light energy on its own. The Moon, however, is not capable of producing light on its own.

Yet, we notice that the moon shines lusciously on a full moon night. How is that even possible? Well, to find out, you need to stick around, until the end of this blog!

The Moon has no light of its own. It reflects the light from the Sun, causing it to look like a shiny, luminescent celestial body in the night sky.

What Are Natural Satellites?

The Universe is diverse as well as fascinating. Our solar system is just like a tiny speck of dust amidst the expansive Universe. These satellites are non-made or sent to outer space by man to collect relevant research information.

The Science Behind Moon’s Shine

As we know, there are two kinds of objects – ones that can emit light on their own and ones that cannot. Objects that cannot produce light by themselves are fairly capable of reflecting light from other luminant sources.

Planets and moons are incapable of producing their own light. The only reason we can see them is due to the light that reflects upon hitting their surface. When it comes to our solar system, the Sun is the strongest source of light available.

Now, the amount of light that will reflect from a specific celestial surface depends on the amount of incident light falling on it. Other than that, the surface type, presence of an atmosphere, or surface roughness can be crucial factors.

Keeping this insight, the Moon’s reflective capability is a lot less as compared to other planets such as the Earth, which has an atmosphere. However, it is situated in close proximity to the Earth which makes it look a lot more luminescent and shiny!

What is the Moon Made of?

Like most rocky planets, a large portion of the moon’s composition consists of rocks and heavy metals.

The outer surface of the moon, also known as the Moon’s crust, is about 50 kilometers deep. This layer is covered by lunar soil and is scientifically termed as “Regolith”.

Since the moon does not have an atmosphere to protect its outer surface, solar flares cause the bigger rock particles to break down into tiny particles, which make up the lunar soil. Some of these rocks contain higher percentages of elements like oxygen and silicon.

The crust region of the moon also contains heavy metals like aluminum, iron, and titanium.

What is a Lunar Eclipse?

At some points during the revolution, the Sun, the Moon as well as the Earth come in a straight line in such a position that the Earth comes directly in between the Sun and the Moon.

Due to this occurrence, the light from the Sun does not reach the Moon. The shadow of the Earth falls on the Moon, making it dark and invisible.

Lunar eclipses can be of two types :

When Does the Moon Shine the Brightest?

The Moon casts a soft, luscious glow on the Earth. However, one question might often cross your mind. When does the moon usually shine the brightest?

Once in every 30 days, the Moon, while revolving around the Earth, comes directly between the Sun and the Earth. This is when it receives maximum light from the Sun, reflecting almost the entirety of it.

According to scientists and researchers, this is the phase when the moon shines the brightest. This phase is popularly known as “Full Moon”.

The Moon is the Earth’s nearest neighbor within this vast Universe. Who doesn’t love watching the Moon on a clear starry night, standing by their loved ones?

Mankind has been trying, for several decades now, to find a trace that would confirm the habitability factor of the Moon. Although we have discovered the presence of water on the moon, sadly no news of habitability has yet been declared.

Over time, we have successfully unraveled several mysteries that lie hidden beneath the surface of our beautiful satellite.

We have made considerable progress in understanding the moon and conquering its surface. In fact, even to this day, Neil Armstrong’s first footstep has been conserved on the regolith present on the Moon.

In this article, we tried to shed light on natural satellites, their source of luminance, the science behind the Moon’s stellar gleam, the causes of the Lunar eclipse, and much more.

If you were curious about the glorious moonlight that graces your balcony on every full moon night, we hope this article helped you understand the factors that make the moon a luscious body in the night sky!

Jakehttps://talkradionews.com
Jake is a passionate entrepreneur and writer who likes to spend a large chunk of his time researching, reading and writing. He aims to keep web surfers engaged with the latest news and articles on a wide range of topics. When he's not writing, he's busy catching a tan on the beach in Florida.
Previous articleWhy Is My Hot Water Cloudy?
Next articleWhy Does It Feel Like Something Is In My Eye?

The Best Tablets You Can Buy Right Now

How Long Does Botox Last?