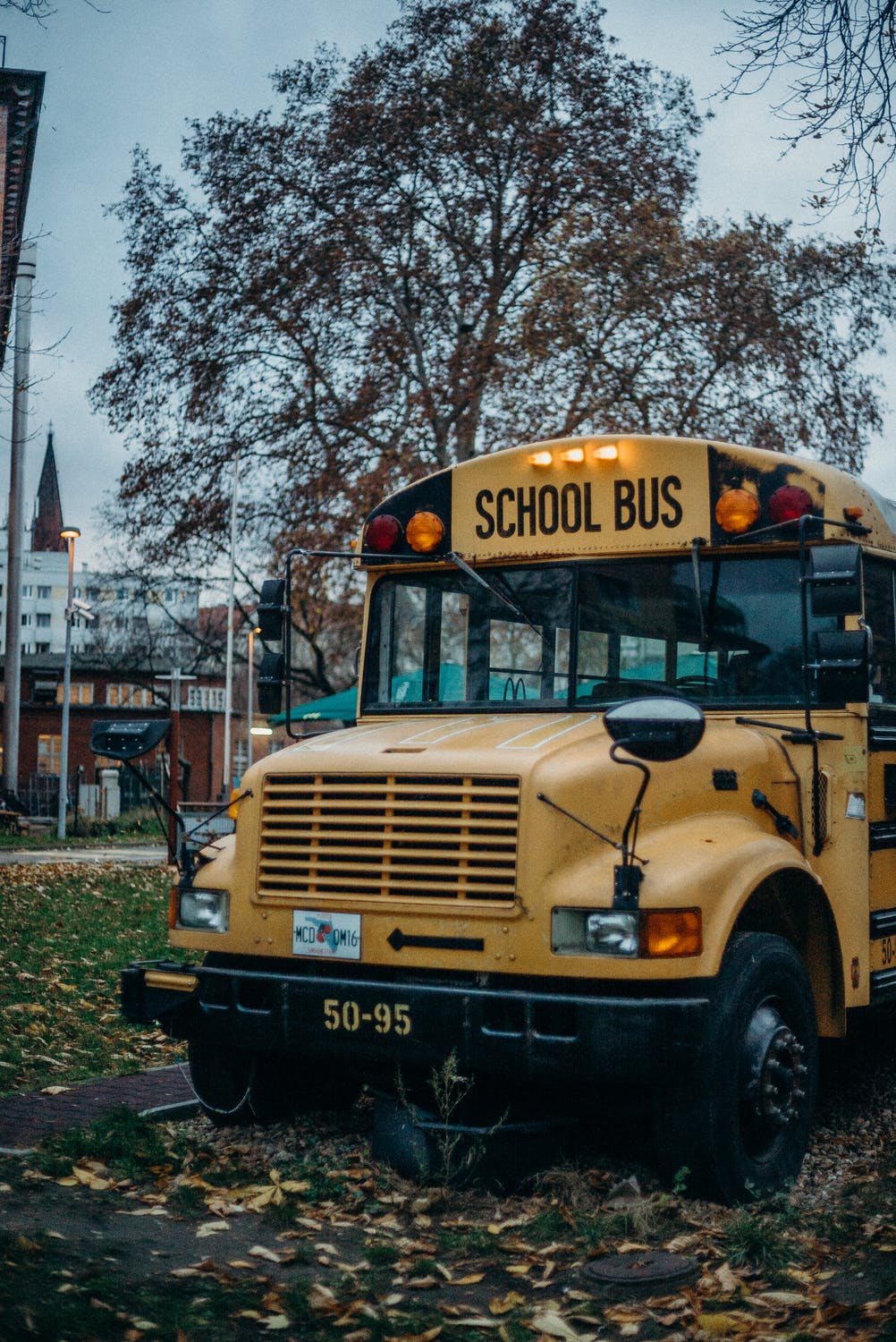 What’s one common thing you do while you ride in a car or a truck?

You may wonder why, and isn’t it dangerous for children? Well, it isn’t. According to NHTSA (National Highway Traffic Safety Administration), school buses are the safest commuting option for school children.

Being large and heavy, school buses are remarkably safe. They have seats pretty high off the ground. They build the school buses using “compartmentalization” which puts the seats very close to one another. This will stop kids from being thrown around in the event of an accident. Also, the seats have energy-absorbing backs. Hence, children stay safe without seat belts.

This article will help you understand more reasons why school buses don’t have seat belts and how they are actually quite safe.

Why School Buses are Safer Than Cars?

Why Do Most School Buses not Have Seat Belts?

Due to the compartmental design, school buses need not have seat belts. It acts as a safety measure itself.

On the contrary, some school buses do have seat belts. The small buses carrying children with a gross vehicle weight of 10,000 pounds are installed with shoulder belts. However, it’s still not mandatory to wear those belts because of their safe design mechanism.

Things to Explain Safety to Kids

As your kid grows up and heads off to school it’s time to educate them on the part of safety. Yes, safety in school buses isn’t just limited to seat belts, but there are several other factors that they must take care of.

As discussed above, as per NHTSA, not having seat belts on the school buses is not an issue. Why? Because of the proper compartmentalization and fewer gaps in between the seats. There are several other reasons for this.

Well, the primary purpose here is to ensure kids’ safety, which is being solved with the help of the right design and good compartmentalization in the school buses. Hence, there’s no need to implement a seat belt system in school buses.

Even if the seat belts are installed in school buses, it’ll increase the time for the pickup and drop of every child. Why? Because the bus conductor would then need to tie up and remove children’s seat belts. This will become unnecessarily time-consuming. Here the designers of school buses have played their part well by implementing a design where they are no longer needed.

There is more risk when cars are traveling on highways which is not the case in school buses. School buses have a maximum speed limit of up to 45 mph, and hence they run locally. Running locally means not going beyond this speed limit, which makes things a lot safer for children.

No seat belts lead to the smooth evacuation of the kids. Even if there’s a situation like an accident, it becomes an easy task to move the kids out of the school buses. If belts are there on every kids’ chest, it would be impossible to evacuate the children in a timely manner, and hence more casualties could be faced.

We believe that you must now have your answer to why school buses do not have seat belts. It is somewhat okay not to have a system of seat belts installed in the school buses, for reasons we have stated above.

So, keep your child’s safety in mind and keep faith in the compartmental design of the school buses.