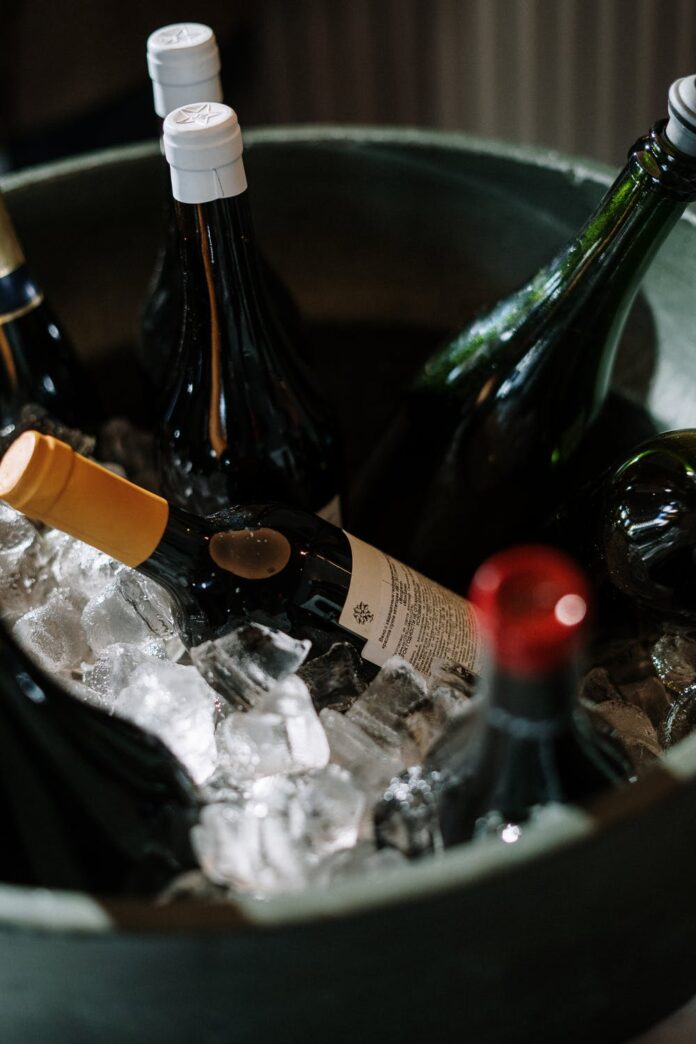 People love alcohol for different reasons and many love to our a cold drink after a long day of work. Most people store their hard liquor in the freezer.

Shockingly, alcohol does not freeze in a freezer. This surprises most alcohol lovers as they turn to the Internet to know the reason for it.

If you are among them, you have come to the right place. In this post, you will get to see the reason for it.

Usually, most forms of alcohol are ethanol which is grain alcohol. It is present in wine, beer, and other alcoholic beverages.

Also known as ethyl alcohol, which becomes a renewable fuel after mingling with gasoline, it is used for transportation in some countries. The list of such countries also includes the United States.

Besides, the type of container in which it is stored also plays a vital role in determining the temperature at which it would freeze. Generally, manufacturers use different containers while packaging alcohol before rolling them out for sale in the market.

Want to see how different forms of alcohol react to freezing temperatures? You can check it out yourself. Keep a bottle of vodka and a pack of wine coolers in a freezer for a night. Notice the difference in them when you take them out the following day.

The bottle of vodka would not change much even after remaining in the freezer for a night. But the pack of wine coolers would feel sticky the following day.

How to Calculate the Concentration of Alcohol?

As discussed before, the concentration of a variant of alcohol contributes to its freezing point. Alcoholic concentration, also known as spirit’s proof, plays a decisive role in it. Usually, it is 2x the percentage of alcohol.

Vodka, wine, and grain alcohol are the commonest forms of alcohol. Wine is close to 24 proof. So, in terms of percentage, it stands at 12 percent. On the other hand, Vodka is close to 80 proof, due to which it stands at 40 percent.

Grain alcohol has the highest number, which is close to 190 proof. So, grain alcohol or ethanol leaves other alcoholic compositions far behind to be the closest to the pure form of alcohol.

Why do Most Freezers Seemingly Fail to Freeze Alcohol?

Most freezers that are currently in use have a major limitation, they do not get cold enough to freeze alcohol to a solid form. Most freezers only reach 0 degrees Fahrenheit as the coldest temperature possible.

This is not nearly cold enough to freeze even common forms of alcohol. Generally, the majority of alcoholic boozes have higher proof. This property lowers the freezing point of alcohol.

Further, the alcohol composition also makes a freezer appear puny when it comes to freezing alcohol. This property of alcohol also makes it hard to freeze. This will become clear if you consider what happens when you store the common forms of alcohol in a freezer.

Suppose you store a bottle of Everclear in a freezer which is 190 proof. It usually freezes at -173.2 F. If you keep it in a freezer for a night, it will become very cold but it will still be in its liquid form.

Now, consider what happens when you keep an 80-proof vodka in a freezer that freezes at -16.5 F. Again, the result would be the same: it would withstand even the coldest temperature of a freezer and still come out unfrozen.

What Happens if you Increase the Freezing Point While Minimizing Alcohol Content?

In a word, this kind of situation may lead to a freezer disaster. But why? The answer to this question lies in how water and alcohol freeze separately at different temperatures. Let us take the case of wine as an example to understand.

In terms of its composition, wine consists of both water and alcohol. Water constitutes around 85-90% of its overall composition, whereas the remaining part involves alcohol.

Though the freezing point of wine is close to 20F, the water content freezes at 32F. The alcohol component of wine starts freezing as soon as its water component freezes at this temperature. The same thing happens with beer as well.

Water tends to expand after reaching its freezing point. As a result, it increases the pressure. What does it mean for a bottle that contains alcohol? It means the water content of the booze will freeze and increase the pressure inside the bottle.

Due to it, the bottle would explode, and its cork would be thrown out. You can imagine the same thing happening with beer cans.

You must be careful while leaving brand new or unfinished alcohol bottles or cans inside the freezer. Leaving them unattended in the freezer for hours can cause them to explode.

Nine out of ten times, you are likely to face this situation while creating a frozen or slushy drink. Make sure to set a timer so you don’t forget to leave your wine or beer in the freezer.

In general, alcohol does not freeze if you keep it in a freezer throughout the night. However, you need to be careful if you wish to store certain types of alcohol in the freezer. This will help you avoid an explosion of a bottle or can containing your favorite alcohol.

Jakehttps://talkradionews.com
Jake is a passionate entrepreneur and writer who likes to spend a large chunk of his time researching, reading and writing. He aims to keep web surfers engaged with the latest news and articles on a wide range of topics. When he's not writing, he's busy catching a tan on the beach in Florida.
Previous articleWhy Don’t School Buses Have Seat Belts?
Next articleWhy Are Commercials So Loud?

Should You Staple Your Tax Returns? What You Need To Know