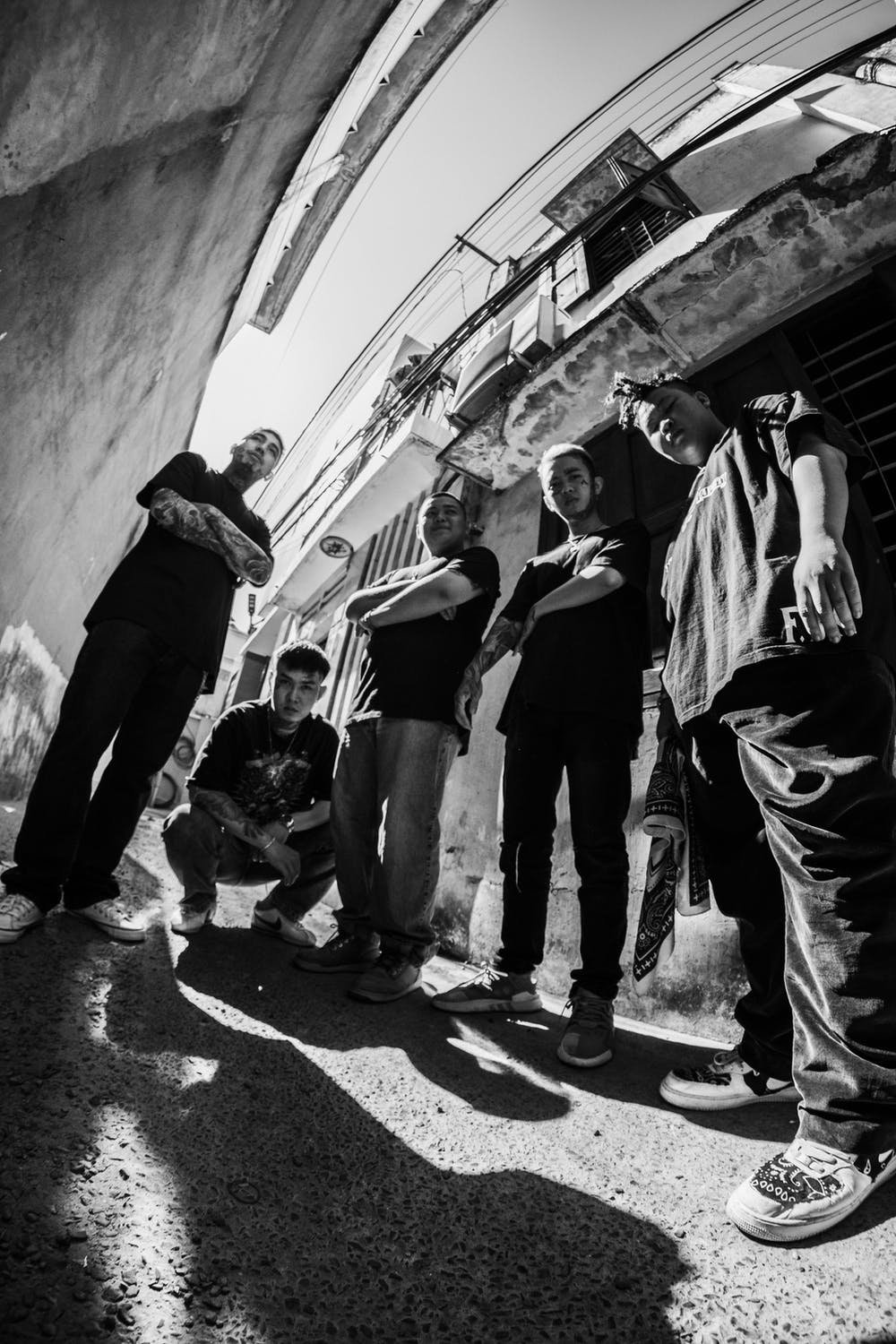 As per the National Youth Gang Survey Analysis, there’s a 30% increase in gangs since 2006.

The number of people engaging in gangs is increasing every year. Surprisingly, young people are a large portion of that number. With this comes the question – why do people join gangs?

Today we’ll talk about the reasons why people join gangs. So, without further ado, let’s jump straight to our first topic.

People join gangs to get the feeling of ‘family’ or ‘community.’ But that isn’t the only reason, some other reasons include, status, peer pressure, and identity.

The primary reason why people join gangs is to get a feeling of ‘family.’ They want to experience a sense of community and feel valued. Other potential reasons consist of achieving social status.

Many people think that joining gangs is the easiest way of gaining ‘position’ and ‘respect.’ These are, of course, basic human needs. However, it’s sad that these needs aren’t always met in good places.

Joining a gang just for the sake of the community isn’t the right move. In simple words, gangs are dangerous communities. Now this question might pop in your mind – if gangs aren’t the right place to experience togetherness, where can we find it?

Well, we have got the answer ready for you. Performance groups and sports groups are a safe and healthy way to achieve ‘togetherness.’

A gang consists of people that mostly talk about common identities. So there’s no way you’re going to end up any different from them.

Groups are generally known for their involvement in the rivalry with the opposite gangs. In many cases, they are usually seen to be linked with criminal activities.

So joining a gang means risking your life and career.

Gang involvement is increasing among teenagers. The primary age group of most gang members ranges from 13 to 35+ years. They are a terrible influence on today’s youth.

A common reason why people are desperate about joining gangs is negligence. They are mostly those individuals who have been abused in the past. This leads them to join gangs for love and affection they’ve never received. All they need is to feel like a valuable member of a family.

Some people join gangs because of peer pressure. It can drastically harm one, both physically and psychologically. Therefore, if one joins a gang, they might have a legacy to carry.

Another reason that encourages people to join gangs could be the ‘social status.’ It’s discovered that a significant number of teenagers believe joining gangs is pretty cool. This influences them to join groups, to get that tag of ‘bad boy.’ It seems stupid, but it’s the truth.

Gang members know that they cannot achieve a strong identity as a sole entity. So they use the gangs as a medium to gain it. They visualize themselves as the guardians who protect the neighborhood from the outside world. The heroic identity is what influences other people, especially youths, to join gangs.

There are various personal reasons why young people get into gangs. Here are some of those personal reasons. Read them carefully, because your reason might be on the list too.

Students with poor self-esteem use gangs as a medium to increase their self-concept. These young individuals seek to achieve recognition for the activities they do.

It doesn’t matter if achieving it goes through a criminal path. Gangs offer those extra pats-on-the-back that teens may not get at school or at home.

As a parent, no one wants their kid to be a part of a gang. The truth is that we don’t have full control over our kid’s thoughts. But what we can do is stop them before things get out of hand.

So here are some early warning signs for kids’ gang involvement. If your kids show these signs, it’s time to throw some restrictions. Here’s how the list of signs looks.

So these were some early signs of gang involvement. If your kids show them, they might be involved in a gang. In either case, you have to take specific measures for your kid.

So these were all the reasons why people join gangs. To sum up, a gang isn’t a place where you’ll ever achieve success without criminal charges. It’s not the place where you belong, so don’t walk on that path.

Help save others from walking down a path whose end is behind the bar.

Jakehttps://talkradionews.com
Jake is a passionate entrepreneur and writer who likes to spend a large chunk of his time researching, reading and writing. He aims to keep web surfers engaged with the latest news and articles on a wide range of topics. When he's not writing, he's busy catching a tan on the beach in Florida.
Previous articleHow to Craft an Excellent Essay if the Deadline Is Short
Next articleWhy Do I Rock Back and Forth?

What Type Of Government Does China Have? Governance In China

How to Choose Children’s Clothes for a Family Photoshoot?

Why Mythbusters Cancelled? Check Out The Reason