Why Do People Hate Nickelback? 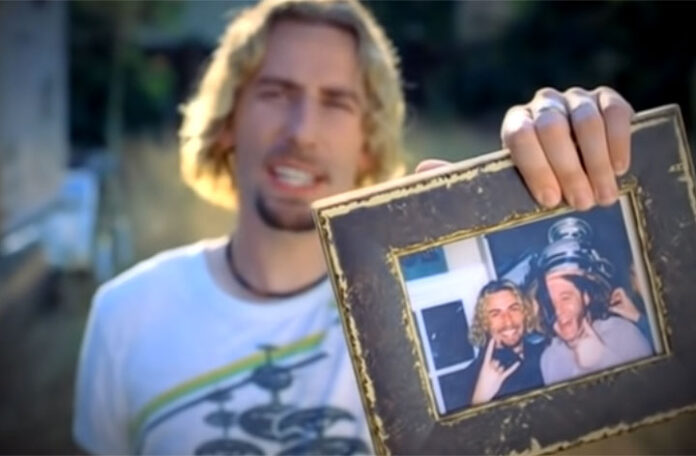 If you ask someone about their favorite bands, you’ll get plenty of different answers. On the other hand, when it comes to the most hated bands, everyone has one name – Nickelback! Other bands are also being hated but not as much as Nickelback. Is it fair to hate one band so dedicatedly?

Well, it’s not the question of how much hate they get, but why do they get it. Some theorize that it is because people believe them to be overly commercialized and just ordinary.

Others believe that Nickelback receives hate because of their braindead lyrics, they are overplayed, and just uncool.

In today’s blog, we have shared with you some popular reasons why 99% of music lovers hate Nickelback. Keep reading to discover the list.

One of the biggest reasons why everyone hates Nickelback is because of their braindead lyrics. The lyrics of their songs mostly range from obtuse to genetic mischief. In today’s era where most songs are either superficial pop or edgy, Nickelback hasn’t released a single song with sincere lyrics. But what does sincerity mean? Look at these lyrics first.

“Heaven’s gates won’t open up for me

With these broken wings, I’m fallin’

All I see is you”

These city walls ain’t got no love for me

I’m on the ledge of the eighteenth story.”

These lyrics do not make much sense. In some lines, the band tries to trivialize suicides, fallen angels, and legalized oppression. The surprising fact is this song is about how love helps an individual grow. These lyrics do not match the emotion of the song. Instead, it shows the illusion of emotion.

The problem is that, when you look at the lyrics of their songs, it seems like they are written by a child for the first time. The band does not realize that writing lyrics is like writing a piece of poetry. It needs to be designed precisely in a way that feelings and emotions are clearly conveyed to the listeners.

Inappropriate lyrics, cringe content are boring. But do you know what’s worse? There was no way to run away from Nickelback for at least five years, which is half a decade, as they were everywhere.

Their bad music was played on dozens of radio stations continuously. The most realistic reason why Nickelback received lots of hate, in addition to the previous reason, is because people were tired of listening to their crap songs. And despite the fact that no one liked their songs, they used to be everywhere, whether it was a mall or a store.

All of their songs sound the same; the only difference is the lyrics. In some cases, the lyrics were a bit similar too. It was not less than torture to listen to their bad songs on loop on radio stations, knowing that there was nothing you could do about it. At first, people started to get angry at the band, which turned into hate with time.

When you ask people why they hate Nickelback, the list of their reasons will definitely include bad lyrics and constant streaming of their songs. In addition to these, people hate Nickelback because they are stereotypes. But what makes them stereotype of their genre?

They are stereotypes because they don’t want to upgrade their music. Nickelback has been using a country-rock blend of music in every song for so long that their brand has become a stereotypical genre themselves. In other words, the band is so generic that they do not have their own unique sound, and this leaves many audiophiles flat.

Their Sounds are Played Out

Do you know what’s the problem with Nickelback’s music – it’s old, but it’s not classic. Anyone can easily identify the elements of different rock bands in their songs. The music of Nickelback is so stereotypical that it seems old.

Old is being compared with classic, and their songs were definitely not classic at all. Many people find them fake as they try to copy the music of other artists and bands. They have created nothing original, which became one of the reasons for hatred towards them.

Another reason why people hate Nickelback is that their songs carry trashy vibes. In one of the songs, they even talked about “playboy bunnies with beach blonde hair.” Is that what you really want to listen to while driving to your favorite place with your family or friends? Absolutely no.

Even if you drive alone, playing their songs will definitely force you to hit your car to the pole. No one wants to experience bad vibes, and that’s all that their songs offer to the listener. It’s not just one, two, or three songs, but most of their songs have nothing to offer except cheap vibes.

The last but not the least reason why people hate Nickelback so bad is because everyone else hates them too. The band is the official representation of the term uncool. People are going to judge you and your taste in music if you have ever mistakenly admitted that you like this band.

Do you know how people react when someone tells them they haven’t watched any of the Avengers movies? The reaction would be a hundred times worse if you make the mistake of sharing your opinions about liking Nickelback.

Other musicians are famous for being a huge name in the industry or producing hit music. But Nickelback will be remembered for generations to be the most hated band ever in the music industry.

With that being said, it is highly suspicious and surprising that the band still sells so many concert tickets and albums despite being hated by everyone. Did you purchase their tickets too?

So these are some of the reasons why Nickelback is one of the most hated bands. We guess all of the reasons are genuine to hate this band. If you know someone who hates the band without any reason, share this blog with them. At least they’ll have some rock-solid reasons to hate them!

Jakehttps://talkradionews.com
Jake is a passionate entrepreneur and writer who likes to spend a large chunk of his time researching, reading and writing. He aims to keep web surfers engaged with the latest news and articles on a wide range of topics. When he's not writing, he's busy catching a tan on the beach in Florida.
Previous articleWhy Can Captain America Lift Thor’s Hammer?
Next articleWhy Does Venmo Need My SSN?

Is Madison Park A Good Brand? An Unbiased Review

Why Do You Weigh Less in The Morning?

How to Stop Being a Narcissist