Why Is Boston Called Beantown? 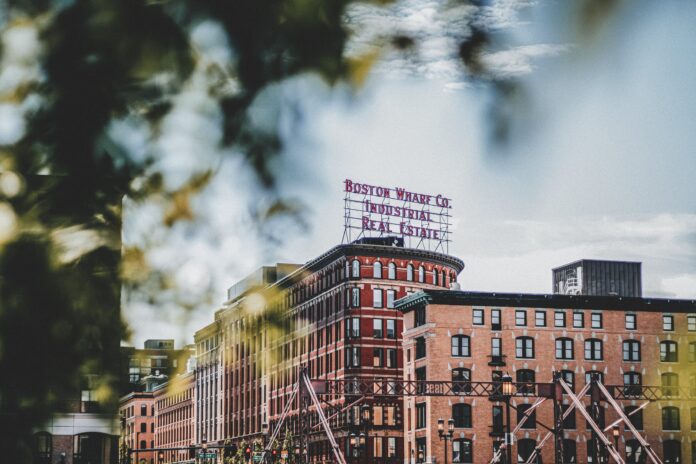 Just like humans, cities get nicknames too. These names could have several meanings, such as what attributes citizens are fond of or things that the city is famous for. Talking about Boston, the city has received enormous nicknames.

Those pet names include ‘The Cradle Of Liberty,’ ‘The Athens Of America,’ and ‘The Hub Of The Universe.’ Besides, the most famous nickname of Boston is ‘Beantown.’ Do you know why Boston is called Beantown and why it’s such a popular nickname of this city?

Every 53 seconds, someone searches for ‘why is Boston called Beantown’ on Google? This means if you don’t know why Boston is called Beantown, you are not alone; there are many like you.

Hint – Boston is called Beantown because of Boston baked beans.

Beantown – Why Was Boston Given This Nickname?

Beantown; not everyone is a fan of this nickname. You might not like it much either. However, we cannot let go of the fact that it still exists.

But what’s the reason behind its existence? Why is Boston, such a wonderful town, given such a weird name? Well, there isn’t any solid reason or any proven theory behind Boston getting this nickname.

However, the most popular reason why Boston is called Beantown is that it’s the founder of Boston Baked Beans. Let’s dive into the history of the town to understand the origin of this pet name in detail. Here we go!

Beantown – The Name You Know, The History You Don’t

In the colonial days of the US, beans were considered an important survival food. The most preferred way, derived by Americans, to serve these beans was ‘baked.’ In the late 1700s, Boston was an international trade hub.

Being a trade hub, citizens used to have direct access to salt pork and molasses. They used these ingredients to improve the flavors of their cuisines. That’s when the world-known recipe of Boston baked beans originated.

Many theories are linked with the beans, due to which Boston was named Beantown. Plus, these theories are pretty awesome and fascinating. Keep on reading to discover a few of them.

The capital of Boston, Massachusetts, is long known for its baked beans worldwide. Do you know what the state’s official bean is? It’s none other than baked beans.

The popularity of beans in Massachusetts started with the Native Americans. They used to cook various bean recipes with venison and maple syrup. The colonists, who were settled in Massachusetts, got inspired by their recipes and adapted them in their own way.

Moreover, the early homesteaders of Massachusetts were religious. They used to follow the sabbath, which means that they did not cook meals or work on Sundays.

In 1890, a civil war convention was organized in Boston. To make the event keep going all day, the Beverly Pottery Company distributed small pots filled with baked beans. When the attendees of the event were asked, – where did you get this bean pot? – they replied with ‘Bean Town”.

This is another theory behind the weird nickname, Beantown. There’s one more theory we would like you to know. It’s right below!

There’s another theory, according to which Boston might have got its nickname Beantown in the 1900s. It’s the time when the first-ever annual Old Home Week was created. The Old Home Week was a celebration event, which lasted a whole week.

People who lived in Boston were invited back to the city to join the event. The idea behind the celebration was to relive the past happy memories associated with the city. The event was more like a publicity stunt campaign to attract people to visit the city than a celebration.

With the success of stickers, postcards were created and distributed. They portrayed various slogans and quotes to encourage travelers to visit Boston. A few lines written in the slogans were like – ‘Bigger, Better, Busier, Boston,’ and ‘You Don’t Know Beans Until You Come to Boston.’

Just like the stickers, these postcards also contained the image of bean pots. As the popularity of Old Home Week increased, so did the popularity of beans. With time, people started to associate beans with Boston, giving it the nickname we all know!

There’s no historical evidence behind Boston’s nickname. With the above theories, however, it’s clear that it was more like a ploy to attract visitors to Boston. According to sources, citizens of Boston never refer to the city as Beantown. Outsiders created the nickname, and they are the ones who use it the most.

Did you enjoy reading the blog? If yes, share it with all your friends and acquaintances who are still unaware of why Boston is nicknamed Beantown. Help them uncover the truth!

Jakehttps://talkradionews.com
Jake is a passionate entrepreneur and writer who likes to spend a large chunk of his time researching, reading and writing. He aims to keep web surfers engaged with the latest news and articles on a wide range of topics. When he's not writing, he's busy catching a tan on the beach in Florida.
Previous articleWhy Does My Firestick Keep Restarting?
Next articleWhy Is My Eyebrow Twitching?

What Time Does Costco Close?