Why Did Gabby Leave Chicago Fire? 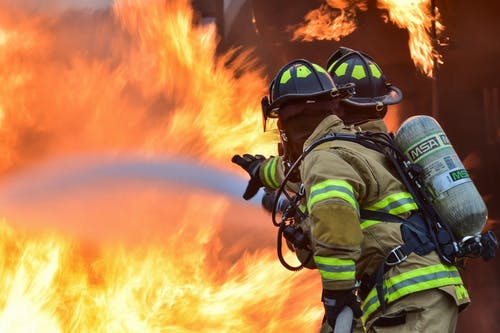 It came as a huge surprise, if not a shock when Monica Raymund left Chicago Fire in 2018. The actress has been a part of the show since 2012, when the show first premiered.

If you have been wondering the same, it’s time we discover the answer. So keep reading to know an in-depth answer for why Gabby left the Chicago Fire.

Having issues with Netflix? Find out why here?

Why Did Gabby Leave Chicago Fire?

Do you know why Gabby left the show? What was the reason behind her exit? It’s an important question for all the Chicago Fire fans. One reason is that she left the show to look for new roles and opportunities.

This might come as a shock to you, but that’s why she left the show. Besides, Chicago Fire was already such a popular show. So why did she need another role?

Here’s the Reason behind Gabby’s Exit from Chicago Fire

Raymund’s contract was over after six seasons of the Chicago Fire. The actress had to make a hard and life-changing decision at that point. She had two choices in front of her – to stay or leave.

Ultimately, Gabby chose to leave the show. However, she let her fans know about her decision through Twitter. In May 2018, she shared a tweet saying, “move on to the next chapter in life.”

The actress later opened up about her exit in an interview with The Chicago Tribune. She said she desired to take on other new projects that made her leave the show.

Let’s explore the details of her exit from her conversion in that interview.

Gabby’s Words about Why She Left the Chicago Fire

“I knew that my six-year contract was coming to an end, and I felt like I was hungry to explore a different role, a different story.

So wanted to explore a different world,” said Raymund. “I had been in Chicago for five years, and just personally where I was in my life, I was ready to create my home and kind of plant some roots in Los Angeles.

It’s kind of a double-edged sword because, on the one hand, it’s wonderful to be employed for that long and to have job security — and to be able to delve into a storyline and to flush it out over that amount of time.

To get that opportunity is extremely rare and special. […] But sometimes you have to take a risk to diversify your opportunities.” says Raymund during the interview.

Raymund made a visit to Derek Haas(producer) to let him know she could not sign another contract. When he heard her saying that, Derek didn’t believe her. Here’s what Raymund says about that incident –

“You could just see this … extreme denial. When the season wrapped, he called me, saying – ‘So, you’re not really leaving.’ I was like, ‘Derek, honey, I love you, but I’ve got to go.”

According to the actress, Raymund didn’t take the news of leaving the show lightly. Raymund also said that – “It feels surreal. I’ve given six years of my life to that show and created a family there, so it was a bit like a dismemberment.

I miss them terribly. But I have the opportunity to start the next chapter of my life, and I’m very much looking forward to that.”

This clearly means that she also misses being a part of the show. But what’s more important is – what’s she up to after leaving the show? Did she get any role, or has she been regretting her decision to leave? Let’s figure that out.

What Has Gabby Been Doing Ever since She Left Chicago Fire?

After leaving the show Chicago Fire, Raymund has been a part of Hightown since May 2020. Hightown is a crime drama show available to watch on Starz.

If you want to know about Raymund’s latest work, you can watch that show. Let us know your views about the show in the comment section.

In this show, Raymund plays a hard-partying federal agent, Jackie Quiñones. It has been a grittier role for the actress, as her character struggles with alcohol and drug addiction.

According to Raymund, the series has been a perfect project after Chicago Fire. Here’s what she has to say about working in her new show –

Monica Raymund on Taking Up Her New Project

As a viewer and a consumer of television, I’m very attracted to dark, suspenseful, post-apocalyptic storytelling,” she said. “I watch things like The Handmaid’s Tale [and] Ozark.

I’m very attracted to that. There’s a sense of gravity to it, and that’s the well I want to dip my feet in,” said Raymund

However, Raymund left the show without any immediate future. She did not have any show or anything ready when she decided to leave the show.

She just had this feeling that there was something more, something else out there, waiting for her. Don’t believe us, read yourself –

“I had no idea if I was going to land anything,” Raymund said during an interview with Gold Derby. “I didn’t know if I was ever going to work again — that’s the risk! Then Hightown fell into my lap [and] it was time for me to take a departure.

I really wanted to involve myself in grittier shows, and I wanted to challenge myself,” said Raymund, explaining her situation when she got the gig for Hightown.

So, Gabby left the Chicago Fire because she wanted a new start. She wanted to experience another role and a new journey in her acting career. This is what led her to leave the show.

Jakehttps://talkradionews.com
Jake is a passionate entrepreneur and writer who likes to spend a large chunk of his time researching, reading and writing. He aims to keep web surfers engaged with the latest news and articles on a wide range of topics. When he's not writing, he's busy catching a tan on the beach in Florida.
Previous articleWho are the NFL’s Best Quarterbacks Right Now?
Next articleWhy Was Fear Factor Canceled?

Why is My Girlfriend So Mean To Me?

Why Does Ice Float?