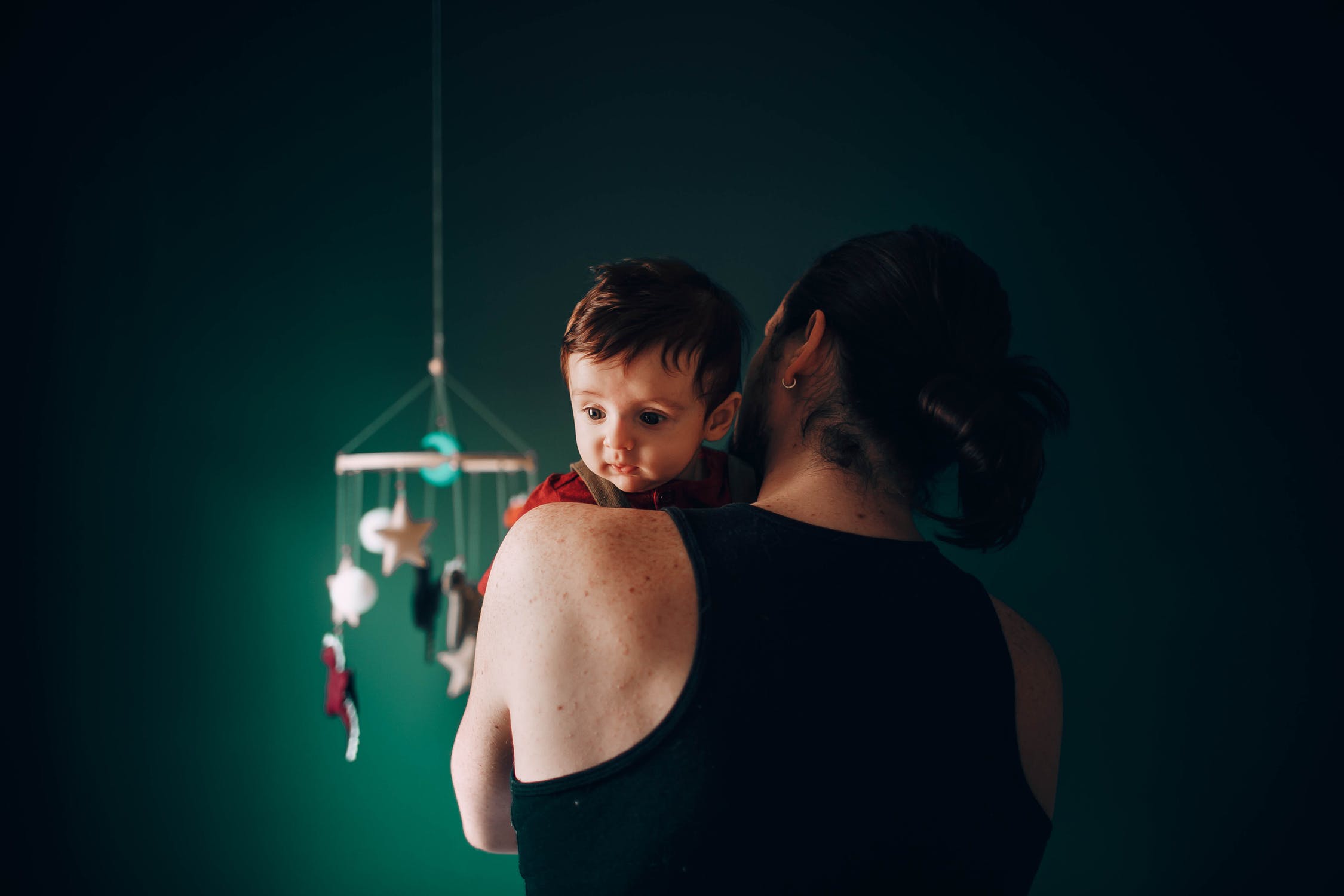 If you’ve been closely associated with babies or cribs you definitely must be knowing about mobiles. Most of us have noticed those interesting artsy figures hanging from the crib that babies play with!

Mobiles are ornamental objects or artsy figures that are usually hung from a crib, it’s back facing the child as it helps to enhance visual simulation among infants.

However, the utilization of mobiles is not just limited to child’s playtime and cribs. It has a great significance in art and mobiles can play a pivotal role in interior designing!

What Do We Know About Mobiles?

In the previous paragraph, we gave you a brief idea of what mobiles are and how they are used by new parents in order to entertain their children and hold their focus over a span of time.

However, mobiles are just not limited to this. Mobile figures have found a huge space in the designing sector, especially as accentuated elements in the interior designing industry.

The concept of using mobile artwork in interior designing was introduced by the famous mobile artist Alexander Calder.

Mobiles artwork has technically grown and developed a lot since it was first introduced. Initially, mobile arts were just small pieces of handmade or sculptured artwork tied down with strings and made into a piece of decoration.

However, with time, the ambiguity was no longer prevalent while making these decorative pieces of artwork. Mobiles were structured in such a way that helped them strike a balance between staticity and movement.

The artworks attached to this structure have also evolved over time. The figures have become more abstract and artistic over time, with added features like metallic rods, strings, elements of clay, or plaster of Paris, to accentuate the beauty of the piece.

The name “mobile” originates from the nature of these decorative artworks. They are never stagnant! Originally, mobiles rely on air currents for their movement. With the advent of technology, batteries, motors, or even sensors are used in order to keep this structure in kinetic equilibrium.

Have you heard of wind chimes? To think of it logically, these visually pleasing items of decor can also be considered as pieces of modern mobile arts. Wind chimes have been a part of several cultures as well as home decor for several decades.

They are composed of shiny and sonorous objects such as tubes, strings, or bells in order to create an efficacious and serene ambiance around you! Believe it or not, wind chimes are definitely the precursors of our modern-day mobile arts.

These mystique objects are adored enormously in most households and hung over the main entrance or on windows as it is believed that they repel evil spirits and conserve good luck within the house.

With the advancement of time, the concept and ideation of medieval mobiles were replaced by more pleasant, aesthetically appealing artworks in the form of modern mobile arts.

These structures tend to avoid abstract art and lean towards using modern elements like metals, rods, wires, or other objects with a significant touch of modernity.

One of the most talked-about and bold pieces in the history of mobile art was introduced in the year 1920 by an artist named Man Ray. He presented to the world, what can easily be referred to today as the pioneering design in mobile art.

He created the first mobile art with the help of about 29 coat hangers suspended from a hook-like structure, thus striking a fine chord between static and kinetic movements. He had named this particular piece of artwork “Obstruction”. Thus began the journey of mobile arts.

Other than Ray, famous kinetic sculptures like Vladimir Tatlin, Naum Gabo, and many more were attached to mobile arts!

At this time, modern-day mobile arts are available in a variety of sizes as well as price ranges. Ranging from a few inches to almost a hundred feet, it is safe to say that the price range of mobile arts varies between $10-$25 million!

Alexander Calder and His Creation

A major breakthrough in the field of mobile arts was brought about by an artist named Alexander Calder. Although Calder’s passion lied in art and sculpture, he was by profession an engineer.

Due to this reason he had applied substantial amounts of physics while curating his piece of mobile art. He began experimenting with Ray’s idea of Wippletree, but brought about modifications of his own, exploring different possibilities with whippletree to create abstract and invigorating mobile designs of his own.

Within four decades, he created over a thousand astonishing art pieces, ranging from miniature sculptures to gigantic mobile arts, making the world gawk at his mesmerizing piece of artwork.

Mobile arts have evolved a lot over the entirety of the 20th century, going from the timeless contemporary concepts to much chic, fashionable, and trendy designs, implementing bold shapes and structures in the design idea.

Artists of this era dabble with several aspects of a design study to curate a perfect design piece that is not only visually appealing but also in accordance with the basic ideas of kinetic sculptures.

Popular names in the field of modern mobile art are Joel Hotchkiss, who designed a modern form of mobile art by implementing neutral elements as well as embroidered colorful fabrics.

Mobile arts are exquisite pieces of art and sculpture that have been at the center of attention in the art world for the longest time. Over time, this particular design idea was implemented in other valuable daily objects such as toys for infants, project materials for students, and so on.

Not only that, they make amazing elements for interior design as they can be implemented into any space or form. This is what makes mobile art a great decor choice for all your interior design plans in the future.