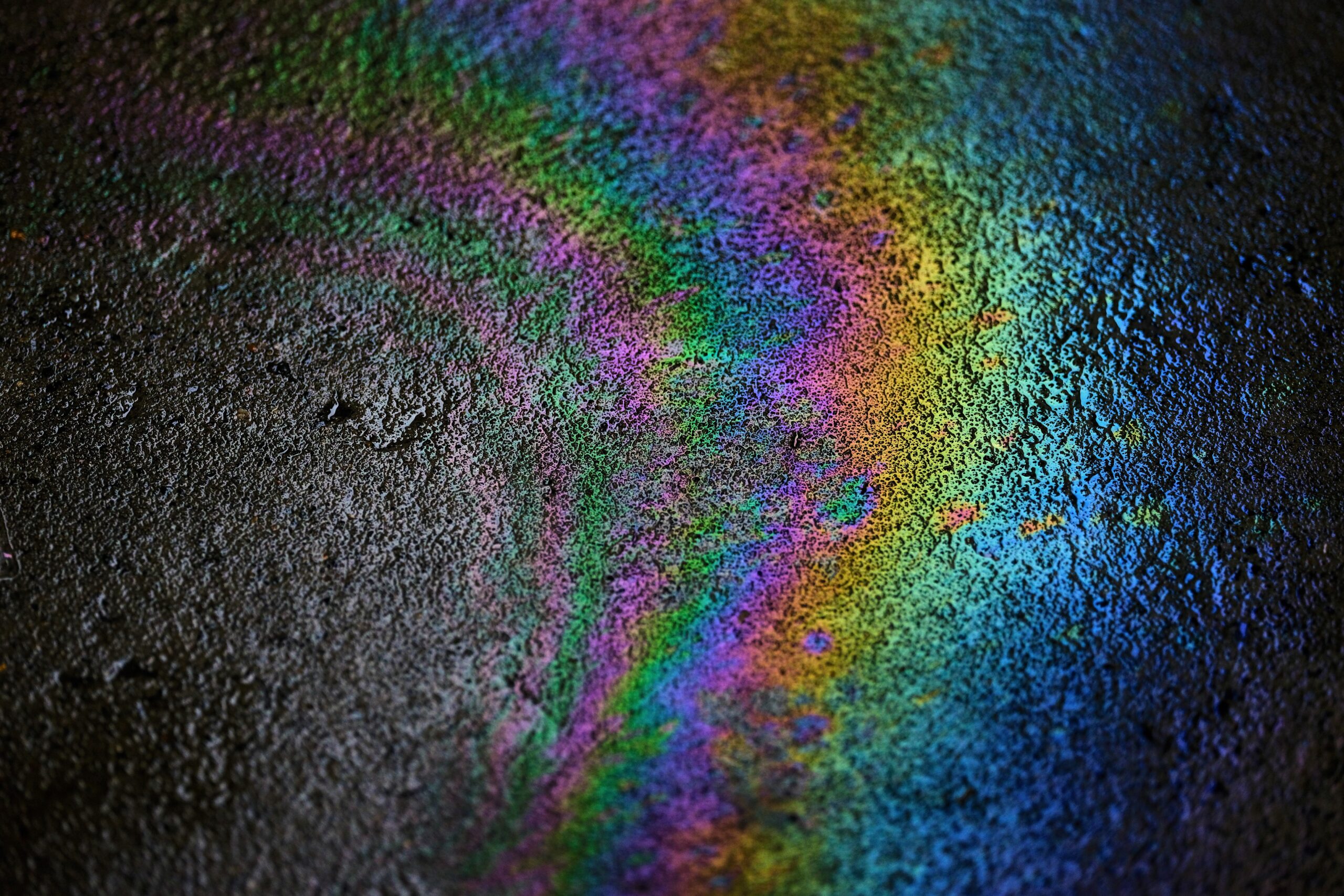 Water and oil are not the best of friends, as one might say. Have you ever tried out the process of mixing water with oil? What did you notice?

If you are intrigued by the magnificent and striking wonders of science, you must have tried mixing water and oil out of curiosity!

You must have noticed that no matter how hard you try, it is impossible to mix the water and the oil. Rather, the oil forms lumps and float over the topmost surface of the water.

But, why does this happen? If your inquisitive mind has been wondering about all the scientific possibilities behind this phenomenon, fret not!

Keep reading to understand everything you need to know about why oil floats on water!

Why Does Oil Float on Water?

The main reason why oil floats on water is due to its density. Water has a density of  997 kg/m3.

If any substance has a density lesser than that of water, it ideally floats on water. Oils of different kinds have a density of 870 kg/m3. This is why oils easily float on water when we try to mix them together!

To learn more about density and other principles responsible for the floatation of oil on water, keep reading!

What is Buoyant Force?

If you were interested in physics as a kid, you must have heard your teacher cover the concept of buoyant force!

When a substance is immersed in a liquid, most preferably water, there is an upward force acting on the said substance.

This upward force that the substance experience is known as buoyant force.

Since buoyant force is exerted in the upward direction, it helps to keep the less dense substance afloat!

The buoyant force is a result of a difference in pressure on both sides of the substance.

Why Doesn’t Oil Mix With Water?

When you are mixing two different liquids, especially with different densities, there are certain thumb rules that you must remember.

If two liquids have the same composition as well as polar capacity, they can easily mix with each other. These liquids are referred to as miscible liquids.

One prime example of miscible liquids would be water and ethanol as they mix very well together!

On the other hand, when two liquids do not share the same composition or polar capacity, it is impossible to mix them with each other. These liquids are referred to as immiscible liquids!

Oil, on the other hand, is a non-polar compound that contains hydrophobic or water-fearing properties.

Since, both water and oil are not similar in nature as well as their physical properties, they are unable to form a mixture!

What is Dipole Moment?

Have you ever seen a magnet? You must have noticed that a magnet has two poles, containing opposite charges.

Very similarly, dipole moment occurs in a molecule in which there is a separation of charge.

In some molecules, a separation of charge may exist, which means that there is a presence of a positive and a negative charge, quite similar to the two poles of a bar magnet.

Since water is a polar compound, the magnitude of its charge separation is much higher as compared to oil, which is a non-polar compound!

Owing to this very reason, the dipole moments of water and oil are quite different, resulting in their immiscible nature.

Practical Advantages of This Phenomenon

The phenomenon of floatation of oil over water as well as their immiscible natures has a varied scope of practical applications. Let us check them out in-depth!

This property of oil and water is widely used to clean off the greasy and oil layers from utensils, clothes or even your hair, using a bar of soap, shampoo or detergent!

The oil glands situated just below the skin of fishes cover their coats with an oily secretion.

It prevents their bodies from coming in direct contact with the icy water of the surroundings!

The density of oil is far less as compared to saltwater, contributing to the floatation. You can easily witness this phenomenon in the case of crude oil.

However, as the ice melts into water, it will sink to the bottom and the oil will stay afloat!

Every day we come across several phenomena that leave us astonished. However, we fail to question the scientific analogy that causes it.

Once we start grasping the massive scope of events that science can explain, it leaves us completely awestruck!

In this blog, we have covered everything – the basics behind why oil stays afloat on water, concepts that help you understand the phenomena in-depth, and some practical applications of this scientific phenomenon!