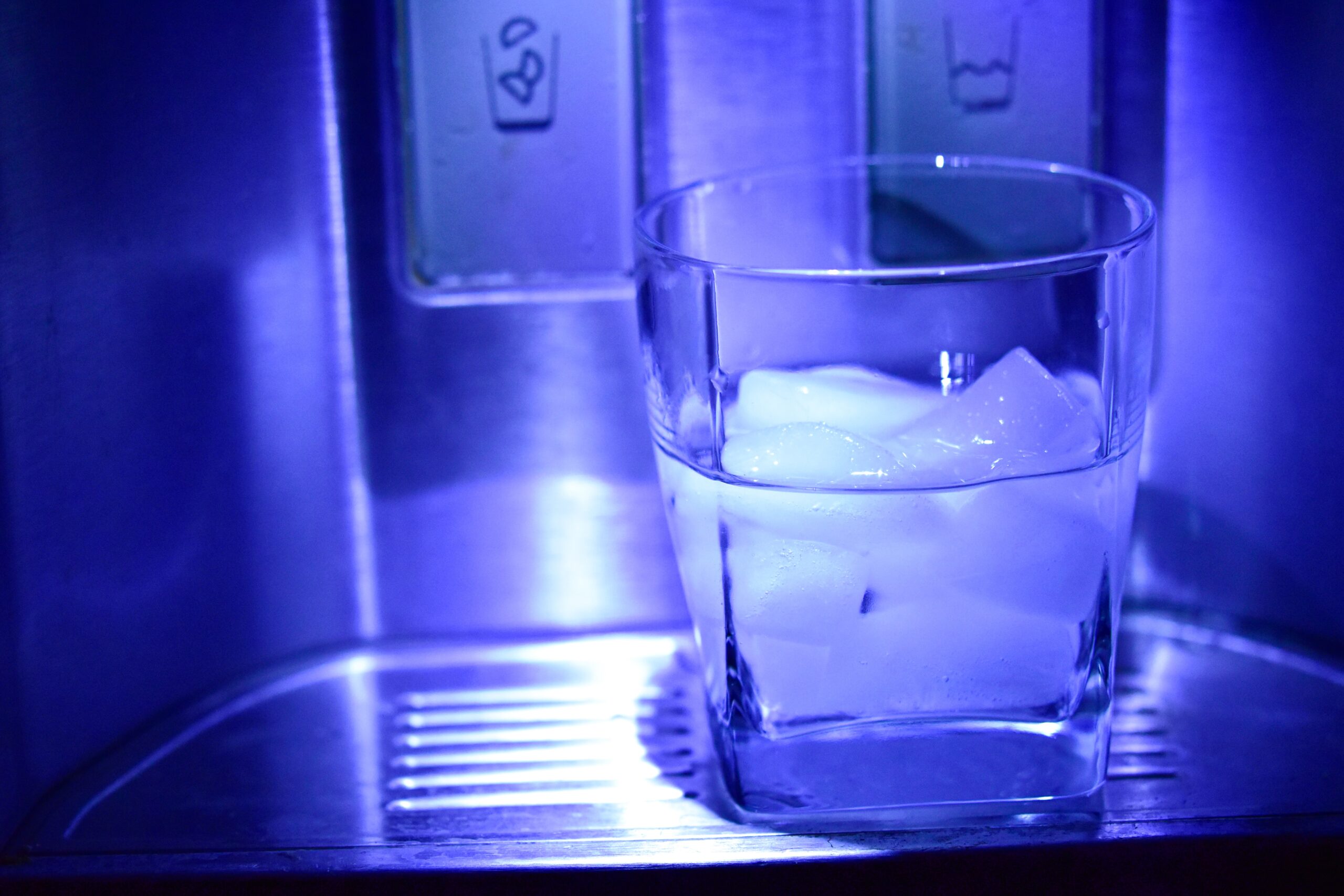 Have you ever wondered why ice floats while drinking your coca-cola?

Why isn’t the ice in your drink sinking even when you persistently keep on trying to sink it with your straw or with your finger?

Why does ice float on water?

Ice is just the solidified version of water. Although it may seem like solids should be heavier than their liquid counterparts, in reality, an ice cube is almost 9 per cent less dense compared to water!

This is the reason ice cubes can easily float in water, without sinking to the bottom of the glass.

We are going to cover in-depth about density and viscosity of ice and the science behind the floatation of ice on the water!

What is The Composition of Ice?

Ice is the solid form of water. If you are aware of the states of matter and how it applies to objects, this concept will be very easy for you to grasp.

Water can be found in three known states.

In each of these states, the allocation of water molecules by how closely placed they are or by how far they are placed from each other is what makes it its defining character.

On Ice, the water molecules are densely packed and this allows it to retain its shape, unlike water vapor or water.

When it comes to water, the molecules are loosely packed which contributes to the fluid nature of water and its ability to take up the shape of any container.

In case of water vapor, the molecules are scarcely packed, which contributes to its gaseous nature and the ability to expand easily!

How Does an Object Float on Water?

You might be intrigued by the flotation of an object over the surface of the water. The easiest way to explain this phenomenon is with the help of the theory of Archimedes.

Archimedes’ principle states that “an object submerged in a fluid, fully or partially, experiences an upward buoyant force that is equal in magnitude to the force of gravity on the displaced fluid.”

What does that mean? There is an example that will help you understand this phenomenon very easily. Imagine you have a bucket of water and you decide to throw a small block of wood on that bucket of water.

You will notice the small block of wood being pushed up against gravity. This phenomenon is known as buoyancy and it occurs due to the displacement of water caused by the wood.

The volume of the wood helps to displace water of equivalent volume from the bucket. The volume of water present in the bucket exerts a force on the wooden block, making it float over the surface of the water.

However, the density of water should always be more than the density of the object for an object to float. This is the determining factor when it comes to the sinking or floating capacity of an object.

This can be commonly observed in the fields of navigation where large ships and boats carry people and cargo. These ships travel around the world through seas, oceans and river channels.

How Does Ice Float on Water?

You might be thinking that Ice might be heavier and therefore should sink. However, this is the farthest assumption from the truth.

Solids are technically known to have a higher density as compared to water. So, how does ice float on water? The answer lies in a unique scenario and this phenomenon is known as hydrogen bonding.

Water is a V-shaped molecule. That means that each molecule is held to one another with the help of covalent bonds.

Moreover, this causes interactions of charges and in liquid forms, molecules to slip past each other, breaking the hydrogen bonds.

The real twist begins once the water starts cooling down. Water starts expanding and forms a crystal lattice structure.

This structure is slightly less dense than liquid water and this allows the ice to stay afloat on water. In fact, ice is almost 9% less dense than water causing the lighter ice particles to float to the top.

How Does This Phenomenon Help Mankind or Nature?

This phenomenon can widely be seen in cold countries. Especially in Europe where the freezing of water bodies like rivers and lakes is a common occurrence.

This phenomenon ensures the survival of aquatic animals even after the top layers of lakes and rivers freeze solid. Moreover, sledging and ice skating are common recreational activities widely observed in places where rivers and lakes freeze solid.

As we have mentioned before, ice is much less dense as compared to water of the same volume. Hydrogen bonds that exist between two water molecules have a huge role to play in this phenomenon.

The floatation of ice over fluids has huge significance. It helps to keep our favourite beverages cool and refreshing!