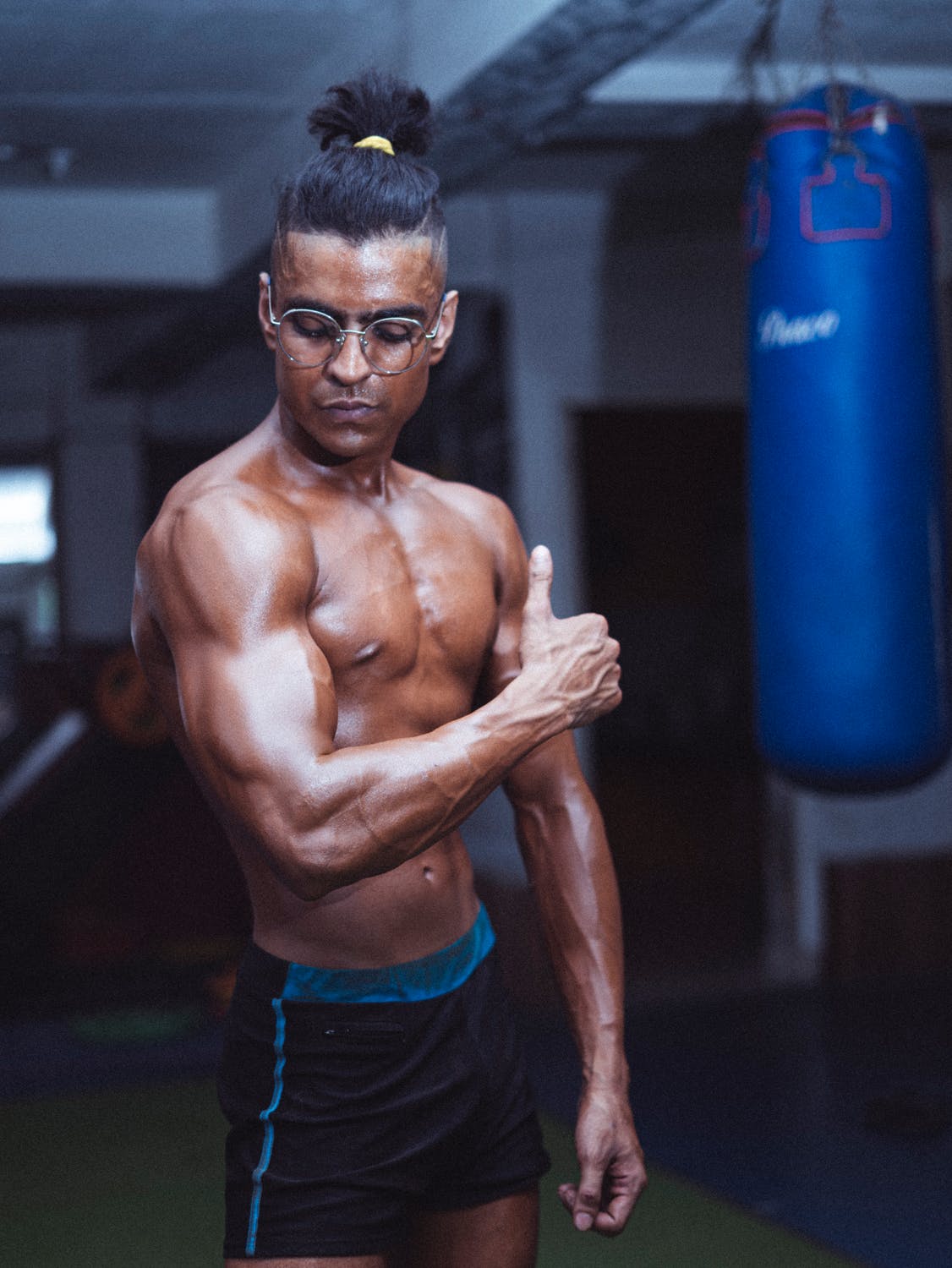 Are you among those who admire bodybuilders? If yes, you must have probably noticed a fake tan on the body of the bodybuilders.

Now you may have wondered, “why do bodybuilders tan”? There are several reasons why bodybuilders use fake tan on their bodies.

However, there are numerous other reasons why this happens. Scroll on to know everything about it.

5 Reasons Why Bodybuilders Use Fake Tan

The main work of bodybuilders is to flaunt their bare bodies on stage in front of glowing lights. On-stage lighting is much more impactful on the body than natural light. Hence, bodybuilders spray fake tan onto their bodies to make the body look more appealing and to define their muscles

The first reason bodybuilders use fake tan is to make their body look more appealing than others on stage in front of the camera lightings.

The more appealing their body would look, the more their chances of winning the competition will be. Hence, they prioritize fake tan before coming on stage for the competition.

Fake tan puts up more focus on their muscles, making their features look more enhanced and appealing. Fake tan gives a darker look to the muscles and, at the same time, makes them look bigger and even-toned.

These are the things for which bodybuilders aspire in their career and strive hard for before coming into the competition.

Body fat, untoned look, bloated stomach are something that are just not acceptable in a bodybuilder’s life. Hence, they spend years to gain that attractive look by gymming and whatnot.

Putting on fake tan on the body would enhance the look of muscles and, at the same time, would make the body look skinnier.

Darker things can make one look thinner even if they have put on weight. That is why bodybuilders make use of fake tan so that they can make themselves look leaner and get that illusion of slimness on stage.

3. Hides Blemishes and Scars on the Body

Whether you are a bodybuilder, an actor, or even a normal human being, there’s no harm in assuming that you must be craving for an even-toned and blemish-free look.

In such situations, fake tan works. It not only makes a bodybuilder’s body look flawless but also gives their body and muscles a glow.

Getting a fake tan even helps when you have tattoos, blemishes, stretch marks, scars, and pimples on your body. It will help to hide such blemishes and give you an even tone snd help to boost your confidence on stage.

People appreciate you if you have a strong presence on stage. Having a nice bronzed tan will allow you to make a strong stage presence. You will not go unnoticed and you will stand out against the competition!

5. Contrasts the Lights on Stage

The lighting on stage is very bright and can drown out the details of your body. It can also become difficult for the judges, audience, and even your competition to see you.

This is where fake tan comes into use. It highlights you in contrast to the bright lights. Being dark enough makes you appear perfect on stage.

It also helps the photographers take very clean pictures of your poses.

The tan that you get from the sun or harmful rays like UV (Ultraviolet rays) can prove to be ultimately hazardous for your health. But in the case of fake tan, which you get with the help of a spray solution does not have any harmful effect on the human body.

Natural tan requires you to sit for hours under the sun on the beach. Thus, it can be a prime suspect in causing skin ailments in the form of skin burns or skin cancer.

However, as you all must know, using something in bulk can prove to be unhealthy. Hence, making use of fake tans is not 100% safe. Since you are putting chemicals on your skin you must use them in a limited quantity.

As we have arrived at the end of this blog, we believe that you must have an idea about why bodybuilders use fake tan on their bodies before appearing in a competition.

Using fake tan highlights even the minutest details on their body and improves their physical physique. It also boosts their confidence and gives them a muscular look which they desire.

This is the main reason why fake tans are much more beneficial and improve the overall appeal of bodybuilders.