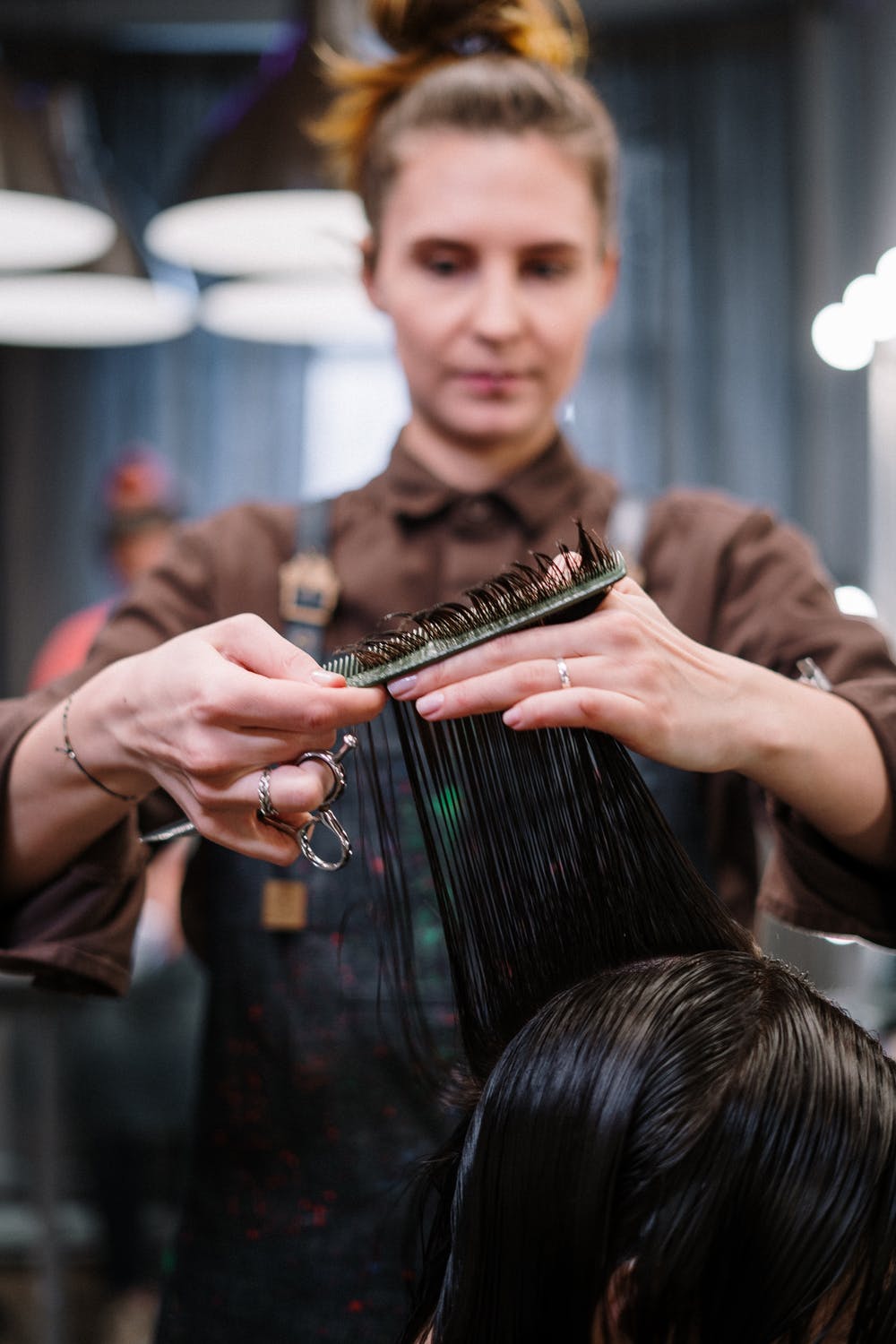 The hairstyle fits, the strands look fantastic, and the blonde shines perfectly. As soon as the hairdresser passes you the mirror, a feeling of satisfaction emerges when you see yourself.

With that feeling comes the question – how much to tip a hairdresser?

Of course, you don’t want to appear cheap after getting a nice service like a haircut. But that’s not everything you should know about tipping.

Let’s learn about the details of tipping hairdressers. We’ll also learn the history of tipping, which is less known to many.

How Much Should You Tip Your Hairdresser?

A tip isn’t necessary; however, if you’re content with the service, you should definitely give it. Tipping is among the best ways to show your satisfaction to the hairdresser.

After all, everyone is happy to receive financial recognition for their work.

Talking about the amount, the tip should be between 15%-20% of the invoice amount. It’s best to hand over the tip directly to the worker when paying your hairdressing bill.

If you don’t want to do that, you always choose other options.

A great way to tip is to add the tip amount to the final amount. Let’s suppose your invoice is 100$. Therefore, you can ask to add an extra amount, $20, for example, to the bill.

You will find your final bill a little extra, but that’s fine because it comprises the tip. You can look around the hairdressing salon to find ‘tipping boxes.’

You can simply put your tip inside that box if adding it to the bill doesn’t seem an ideal choice.

The Concept of Minimum Wage

Hairdressing is an industry where employees are primarily dependent on ‘tips’ to secure their livelihood. Mostly, hairdressers work under low salaries, which makes their survival difficult.

Besides, there are quite a few who, despite an eight-hour working day, still get social benefits.

Therefore, a tip is like a contribution towards their improved livelihood. However, prefer tipping those hairdressers who work in a less-known salon.

Well-known salons already pay their hairdressers more for their services. Thus, tipping them extra doesn’t make much of a difference.

On the other hand, if you visit a less popular salon and tip them, it makes a significant change.

You will not only show your appreciation towards their work, but your tip will act as a medium of motivation. Now let’s understand the right way of tipping.

The Right Way of Tipping

Do you want to express your satisfaction with the hairdressing in the form of a tip? If yes, then make sure to personally give it to the hairdresser who served you. A tip should be given casually, along with a thank you.

A thank you gesture and tipping go hand to hand. So make sure when you give a tip to your hairdresser, don’t forget to thank them. Besides, avoid giving a tip to the salon’s owner, even if they have served you personally.

Instead of the owner, you should focus on tipping the wage earners of the salon. Also, if possible, avoid handing over the tip at the checkout during the payment process.

After all, there’s a high chance that it might not reach the deserving people.

The amount of tip to give your hairdresser should depend on how satisfied and happy you are with your haircut.

If you can only give a negligible amount as a tip, you would rather not give anything. This is less humiliating than handing over a ‘penny’ and expecting a thank you for it.

History of Tipping -Where Does it Come from?

We find it very normal to give a little extra to the service staff after you have been out for dinner. Similarly, it’s normal to give extra money to your hairdresser for the good work they did with your hair.

But where does tipping actually come from? Like a lot of other things in the Western world, tipping was invented by the Romans.

But most historical sources point in the direction of seventeenth-century England. People who had spent the night in private country houses started to give the staff small sums of money as a sign of appreciation for the services provided.

Later, the tradition of tipping spread to the coffee houses in London, and from there, perhaps to the European mainland.

Americans who visited Europe in the nineteenth century thought it was an interesting custom and took it home. Not everyone was happy with the tipping tradition.

Tipping was not in line with the American idea of equality, so it was proclaimed. There were even some serious movements against this custom.

An estimated 63 percent of the revenue of wait-staff in restaurants and bars consists of tips. On the other hand, the minimum wage in the American hospitality industry has been only $7.5 per hour for a long time, a situation that employers can maintain with the argument that diligent employees, thanks to satisfied customers, ultimately earn enough.

In Asian countries, such as Japan, tips do not occur at all. Giving some extra money can even be taken as an insult.

Let’s say that some Japanese restaurants in New York have introduced something ‘revolutionary’ in recent years: tips are now prohibited, and the staff gets a decent salary. Therefore, before you give out a tip in a Chinese restaurant in the US, make sure it’s allowed.