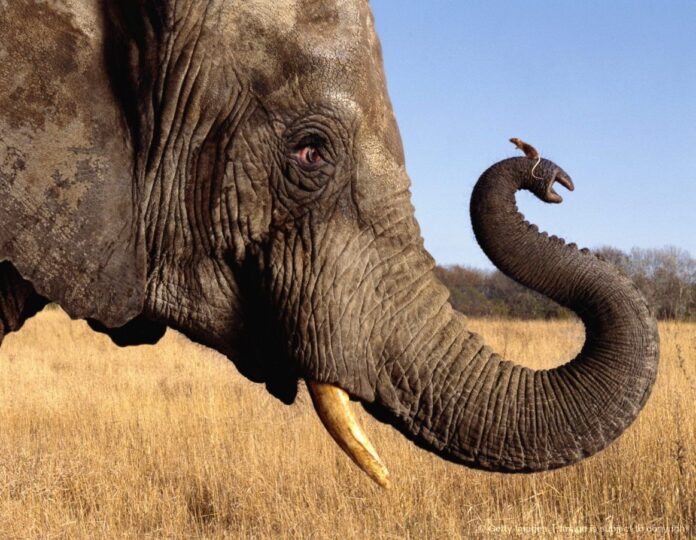 Do you have a fear of mice? Well, many people do!

This fear of mice is a type of ‘phobia’ commonly known as musophobia, suriphobia, or murophobia.

If you have ever watched old cartoons, you might know that the mouse’s appearance generally leads people to stand on chairs. Perhaps, they thought the mouse was there to bite them on the leg!

The fear of mice isn’t limited to television screens. There’s an old belief that even elephants fear mice. Those huge creatures who can crush a small mouse with only one step fear the mouse. Is it really true or another myth?

Yes, elephants are afraid of mice.

Why do Elephants Fear Mice?

An elephant can bravely square off against a mouse! It’s tough to find the origin where the story of an elephant being afraid of mice originated.

However, according to various sources, it was started by the ancient Greeks. They used to tell fables in which mice used to climb inside elephant’s trunks, driving them crazy. Other sources hypothesize that elephants are afraid of mice because they fear mice would get inside their trunks, preventing them from breathing.

These stories and beliefs have been passed through generations. And cartoons, movies, and books are their marketing support – they popularized these stories. But now comes the most important question – are they true?

Many people say yes, but they don’t have a practical theory behind their answer. And if you are reading this blog, then we expect you are looking for the right and most practical answer. Don’t worry; we are going to fulfill your expectations.

Let’s discover the real truth of elephants being afraid of mice; from the point of view of science and practicality.

MythBusters Have Unfolded The Mystery Behind Elephants Fearing Mice

You might have already heard about MythBusters, which is a popular show telecasted on the Discovery Channel. The show is hosted by Jayme Hyneman and Adam Savage. In one of their episodes, they performed an experiment where they hid a white mouse under a heap of dung.

The elephants noticed the mouse, startled a little bit, and took a step away from it. The hosts were shocked to see this behavior of the elephants. However, let’s not make any conclusion based on only one experiment. Here’s another experiment performed in another popular show – 20/20.

20/20 Finds that the Elephants are Not Afraid of Mice

Just like MythBusters, another popular show, 20/20, performed their own experiment to discover if elephants are terrified of mice or if it’s just a myth. On the show, 20/20, Barnum & Bailey Circus and Ringling Bros were invited. So here’s how the experiment went:

Troy Metzler, the trailer of the elephants, asked the host to hold a white house in his hands. Then the host walked close to an elephant and showed the white mouse. The host then took the mouse around and showed it to other elephants.

What were the results? You will be surprised to know what happened. The elephants did not even seem bothered at all after seeing the mouse. They acted normal – neither anxious nor surprised. Does it mean the elephants are not afraid of mice? Why hadn’t the elephants made any anxious moves like those in the MythBuster show did?

So, Do Elephants Really Fear Mice?

There’s one thing that you must know – both these experiments cannot be considered as research. The conditions of the experiment in both cases were different. In the experiment done by MythBusters, the elephants were not familiar with the mice. Moreover, they used white mice, which is rare in the elephant habitat.

On the other hand, in the experiment done by 20/20, all the elephants were familiar with the mice. In addition, the mice weren’t scampering around the ground but were held in the host’s hands, and then it was shown to the elephants.

Therefore, coming to any conclusion based on these experiments won’t be right. Let’s see what Josh Plotnik, an elephant researcher, has to say about the fear of elephants.

According to the elephant researcher Josh Plotnik, “In the wild, anything that slithers or suddenly runs by elephants can spook them.”

Josh says it’s not that elephants are specifically afraid of mice, but anything or any creature that makes spook movements terrifies them. Many people don’t know about the fact that elephants have a great sense of smell; however, their eyesight is poor.

Therefore, we can say that elephants are naturally programmed to get startled whenever they see a fast-moving creature crossing their way. Moreover, just like other animals, elephants only feel frightened when they feel the animals making the movements are a threat.

So what’s the conclusion? Is the statement – elephants are afraid of mice true or just another false story made for entertainment purposes?

So the conclusion is – yes and no.

Yes, the elephants are afraid of mice. And no, it’s not always when they get afraid of them. Based on what Josh Plotnik said, we can only come to one verdict: elephants don’t specifically fear mice. However, there’s still a need for more researchers to study this topic in-depth and discover the best possible conclusion.

The next time someone asks you – Are elephants really afraid of mice, don’t just pass on the same cartoon and imaginary fables that were being fed to you. Share the right information, the truth you learned today.

You may even share this blog with them. Tell them to read this blog and discover the right answer to their questions.

Jakehttps://talkradionews.com
Jake is a passionate entrepreneur and writer who likes to spend a large chunk of his time researching, reading and writing. He aims to keep web surfers engaged with the latest news and articles on a wide range of topics. When he's not writing, he's busy catching a tan on the beach in Florida.
Previous articleWhat Does “Being A Tool” Mean? The Actual Meaning Of Words
Next articleHere Are The Popular Air Admittance Valve Problems

Why Do Guys Distance Themselves After Intimacy?