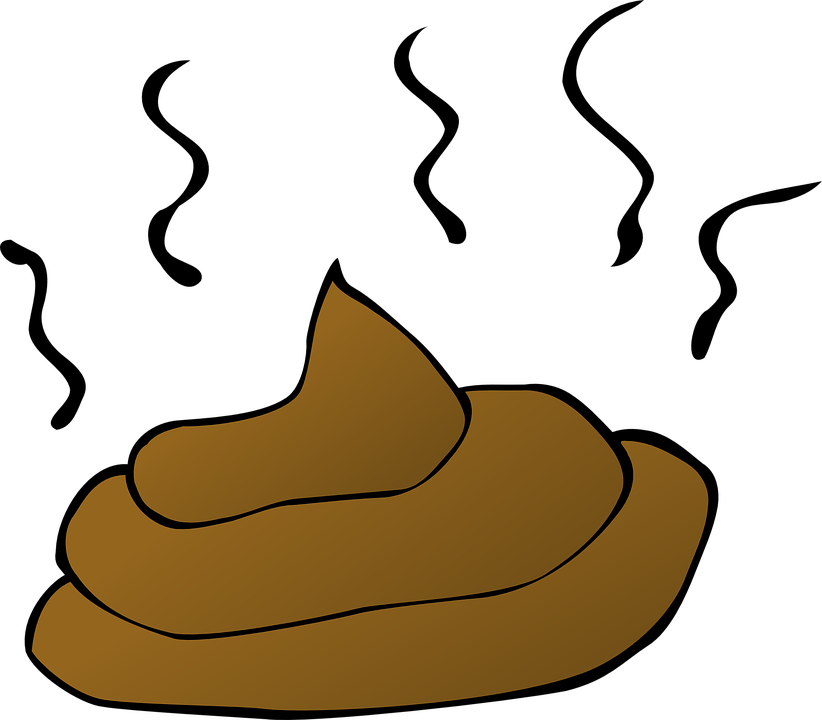 Some people may talk about poop for hours. But for many, it is still taboo, and topics related to it aren’t good for discussion.

It doesn’t matter how gross you find it to talk about poop; there are still many topics and questions worth discussing.

One such question is, why does poop smell? Poop is the waste excreted by your body.

Today, we are going to understand this topic in detail.

This waste smells terrible because of the bacteria present inside it. Bacteria is responsible for the odor of your poop.

Poop is the residue of our digestion process. It mainly comprises water (75%) and biological waste (25%).

Further, the biodegradable waste comprises live and dead bacteria, dead cells of the digestive tract, and undigested food residues such as the skin of tomatoes or corn kernels.

Now the question that might come into your mind would be – what about the color of the poop? Why is it brown?

The bile fluid produced by the liver and mixed with food residues during digestion determines the poop’s color.

Bile is a greenish liquid that contains pigments from the destruction of red blood cells, including bilirubin.

The degradation of this bilirubin by intestinal germs produces stercobilin. It’s a brown pigment that gives the poop its color. Now it’s time to understand the reasons why poop smells terrible. Here we go!

On average, a healthy individual poops around three times a day and once in three days. When it comes to poop, the first question that comes to mind is why does it smell bad.

In this section, we will uncover the mystery behind the poops’ odor.

The main culprits behind the smell are none other than the bacteria present inside our intestinal flora. These bacterias are the same ones that help in digestion by breaking down food.

During the digestion process, these bacteria release a large number of smelly substances such as sulfur derivatives, cadaverine, and putrescine.

All such compounds are also found in decaying bodies and have a pestilential odor.

These substances are present inside your poop, making it smell real bad. However, these bacterias and odors also play an essential role in determining your health status.

Rotting Smell from Poop – What Does it Mean?

That’s hard to say, but in general, people notice quickly enough when something changes on the door of their poop.

For example, it can happen that your poop suddenly starts to smell a bit like rotten eggs. Rotting processes release sulfur and nitrogen-rich gases, making the feces smell like rotten eggs.

This might mean that something is wrong with your body’s protein metabolism.

The Sour Odor from Poop

Does your poop smell a bit sour? Then this can indicate that something is wrong with the digestive process. If this is the case, it may be wise to ignore animal fats and proteins.

Other fatty and carbohydrate-rich foods can also be a problem because they are often more complex to digest. This makes poop smell stronger than usual.

Do you often suffer from digestive problems? Then it is best to eat plant-based products.

These are easier to digest, especially vegetables. On the other hand, leeks, bell peppers, and onions are a lot more difficult to digest.

Avoiding drinking water just after meals can also help. Water dilutes the gastric juices that digest the food, which is not necessarily good for digestion.

In addition, a virus infection can also cause strong-smelling poop. This is the case if someone is infected with norovirus or stomach flu.

The chances that you’ll contract such a virus are always present, but you can keep it to a minimum. But how can you do that?

Always wash vegetables when preparing a meal, even if the packaging says it’s already washed. It’s also beneficial not to cut raw meat on the same shelf as vegetables.

If you only have one cutting board, you can also turn it over or wash it off.

It is also advisable to always clean the counter well after cooking. Always do this with a clean cloth; otherwise, it will lead to bacteria formation.

People who take medication for a long time can also suffer from extra smelly poop.

How to Make Your Poop Smell Less Bad?

In case of hypersensitivity to certain foods, it is necessary to adjust your diet. In addition, it is essential to prevent gastrointestinal infections by handling food in the right way.

Make sure meat is well cooked, and watch out when using raw eggs in recipes.

Ensuring proper hygiene and cooking precautions will help you make your poop smell normal. Remember that smelly poop is fine, but over-smell is something to worry about.

Does your poop stink due to your diet? If yes, then you can try a few things to normalize the smell of your poop again.

Jakehttps://talkradionews.com
Jake is a passionate entrepreneur and writer who likes to spend a large chunk of his time researching, reading and writing. He aims to keep web surfers engaged with the latest news and articles on a wide range of topics. When he's not writing, he's busy catching a tan on the beach in Florida.
Previous articleHow Much to Tip a Hairdresser?
Next articleHow to Learn From DP-203 Dumps and Pass Azure Data Engineer Exam in 2022

Why Are Bugs Attracted to Light?