Why Did Alcatraz Close? 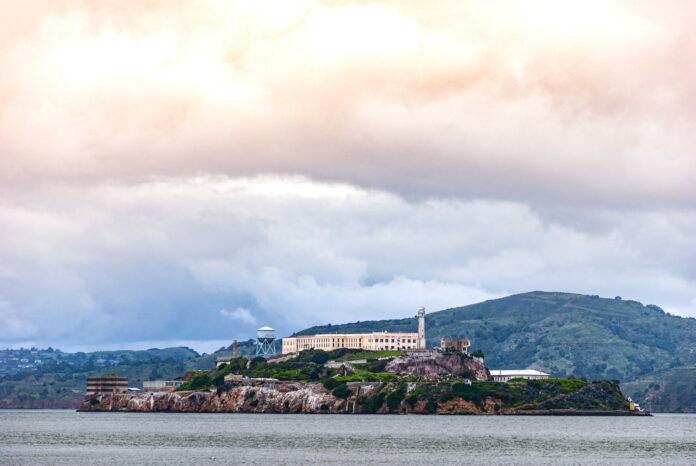 Alcatraz is a rocky mountain situated in California, and its name was put for the thousands of birds that inhabit the island. Between 1934 and 1963, it was one of the top-security military prisons. Later, this prison shut down because it was the most expensive prison.

The prison was experiencing rising costs and deteriorating facilities; similar institutions served the same facilities at a lesser price. Alcatraz was of no use once the prison closed.

From the Spanish word “Alcatraces,” we get the name Alcatraz when a Spanish explorer came to the bay of San Francisco. He gave this name to one of the three islands that were there. The meaning of the term is “a strange bird” or “pelican.”

In this article, you will learn everything about “Alcatraz,” its features, the escape attempts that happened during the time, how it closed, and so on.

Why is Alcatraz Known as the Rock?

People address Alcatraz as the Rock because it was over a rocky surface in San Francisco, California. There, one cannot find many plants or animals roaming around. Aside from that, the terrain surrounding Alcatraz Island was as bleak as a rock out in the ocean.

The rock area is so intense around the bay that no prisoner ever escaped from Alcatraz.  A Prisoner named John Paul Scott made his way out of the prison cell but became exhausted and unconscious when he tried to swim in the cold turbulent weather to get out.

The 14 Escape Attempts From Alcatraz

In the history of Alcatraz escapes, 36 men have made a total of 14 escape attempts. Out of these 36, six were shot dead, 2 were drowned in the water, and 23 were caught and put back behind bars.

Let’s look into the account of when all the 14 escapes happened in the Alcatraz prison and who made it.

Why Was it so Difficult to Escape From Alcatraz?

Alcatraz is a forbidding place and the most secure prison. This is because prisoners of the island were the most dangerous public enemies, including AI Capone, people with a history of escaping from other places, and other criminals of odd characters like “Birdman of Alcatraz.”

But, it is pretty difficult to escape from the prison and cross the island. Across the island, there is cold and harsh water of the pacific ocean. The design of the iron bars is so intense that it includes a series of guard towers to prevent people. It also has strict rules with regular security checks.

The Birdman of Alcatraz

People from the prison refer to “Robert Franklin Stroud” as the birdman of Alcatraz who was a convicted murderer. He spent 54 years of his life in prison due to his violent behavior and criminal charges. He was the most famous prisoner on the island.

During his 3- years at Leavenworth, he developed some interest in the birds and canaries. He even wrote two books about canaries and their diseases. The prison officials even permitted bird studies to him to use the time for something valuable.

After 1942,  Stroud spent 17 years in Alcatraz, including 11 years in the prison hospital. He died in 1963 because of natural causes.

Also, Alcatraz was about 4 times more expensive than any other federal prison. All was due to the physical isolation of the land from the community. The food, water, fuel, everything came to the island by boat, which turned super expensive to maintain forever for long.

But, according to the federal government’s decisions, it was better to build a new intuition on the same island and close the prison.

How is Alcatraz Today?

After the closure of the prison, Alcatraz became an abandoned island.  The federal government proposes several ideas for the island, including building monuments for the united nations or a shopping center as a cultural hub. But, some people claimed it as Indian land, and protests began because nothing was achieved so far.

In 1972, congress created Alcatraz island as a part of the new national park service unit. Right after that, the island remained open to the public and became one of the most famous park service areas.

More than one million people daily visit the island each year with family and friends to enjoy during the times of vacations.

Hope you have understood everything about Alcatraz origin and how the prisoners were living on the island where escaping was a difficult task to perform.

The rich history of Alcatraz is astonishing, and it has made a significant contribution to the history of the nation with its fascinating stories.

After the closure of the island, much has changed. Right now, due to building it as a tourism spot, it is earning a good amount of revenue which is suitable for the country’s growth and development.

Jakehttps://talkradionews.com
Jake is a passionate entrepreneur and writer who likes to spend a large chunk of his time researching, reading and writing. He aims to keep web surfers engaged with the latest news and articles on a wide range of topics. When he's not writing, he's busy catching a tan on the beach in Florida.
Previous articleWhy Do My Knees Crack?
Next articleWhy is My Pool Cloudy?

Why Do I Have a Double Chin Even When I am Skinny?

Why Does My Back Hurt When I Lay Down?