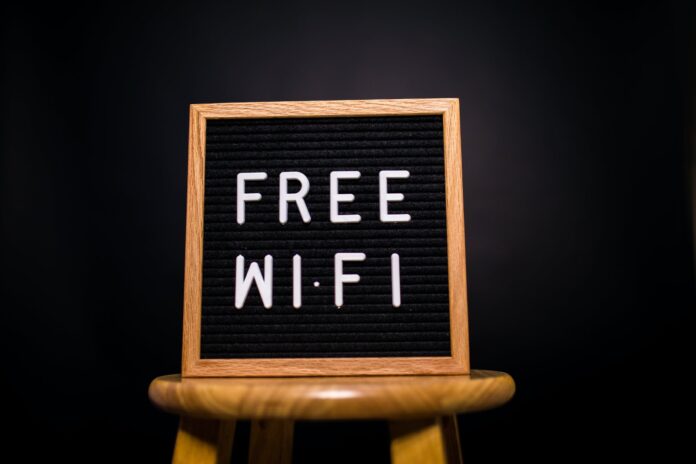 Although many people believe that Wi-Fi stands for wireless fidelity, it’s not accurate. This was something created by a marketing firm to make it more user-friendly, it actuality it really stands for nothing.

Wi-Fi is the name given to any wireless, high-speed internet connection. It is a wireless network that can be accessed through wireless routers.

Wi-Fi networks are typically classified by the type of frequency band they use. The two most popular are 2.4GHz and 5GHz. 2.4GHz is used for older devices that can’t work on 5GHz, while 5GHz offers better performance in congested areas where there are a lot of electronic devices in use at the same time.

5GHz also uses less power, which means it can stay connected to your device for much longer periods.

What is the Definition of Wi-Fi?

Wi-Fi networks are typically wireless, meaning they do not require any cables connected to the devices.

How to Connect Devices to a Wi-Fi Network?

To connect devices to a Wi-Fi network, you will need a wireless router or access point. If you are using a router, it will most likely come with instructions on configuring the device.

The instructions should be pretty straightforward if you have all of your network components set up, and they should include information on how to connect each device.

Wi-Fi has become the standard for internet connectivity in homes and offices. It is also used in many public spaces like airports, coffee shops, and restaurants.

Connecting to the internet wirelessly is convenient because it does not require cables to be hooked up to your computer. Wi-Fi is also an excellent way to stay connected on the go with laptops, tablets, and smartphones.

Wi-Fi works by sending and receiving radio frequency (RF) signals between your computer, smartphone, or tablet and a Wi-Fi router.

These devices have Wi-Fi chipsets that are specially designed to send and receive RF signals. This contrasts with wired computers that use network cables to connect to the internet.

Only nearby Wi-Fi routers can send and receive wireless signals. Much like light waves can only travel so far before they dissipate, RF waves are limited in range.

The range of RF waves depends on the strength of the signal sent out by the router and how far your device is from the router.

Another thing you should know about Wi-Fi is its speed. The theoretical maximum speed of an 802.11n/g/b connection is 54 megabits per second (Mbps). However, real-world speeds will be significantly lower due to limitations in the equipment used.

You will also be affected by distance from your router, interference from other Wi-Fi networks, network congestion with other devices on your network, and other environmental factors such as weather conditions, walls, etc.

The Different Types of Wi-Fi Connections

Routers are most commonly used to transmit data packets between networks. The router has a physical connection to the network, and it uses its routing table to determine the best path for the data packet.

4G LTE is the fourth generation of the GSM cellular network. This means connecting to wireless telephone networks to provide high-speed data network internet services. 4G LTE home internet works by connecting your modem to your router, which will then broadcast a signal wirelessly in your house. The signal will be sent through walls and other obstructions, so it will work as long as you have a clear line of sight from your router to the device you are using.

Steps to Get Wi-Fi at Home

The first thing one needs to do is buy a router. These can be found in electronic stores, and they should be relatively cheap. Once this is purchased and installed, it should pick up all the networks in the area, and then it will ask for a password.

If there is no password set on the network, then it will ask for one to be set, and then that should be it!

The next thing that should be done is to get a Wi-Fi card. These can be picked up at any store that sells electronics, and they are relatively cheap. Once the card is purchased, it can be installed into the computer, and then it should be ready to go.

The last thing that needs to be done is to get an internet connection. This can be done through phone lines or cable connections. Once this is set up and working, one will have access to the internet at home with no problems!

Wi-Fi connections are available in different qualities, and each one has its advantages and disadvantages. If you want to know what the best choice for your needs is, you should research the various types of wireless networking equipment.

Jakehttps://talkradionews.com
Jake is a passionate entrepreneur and writer who likes to spend a large chunk of his time researching, reading and writing. He aims to keep web surfers engaged with the latest news and articles on a wide range of topics. When he's not writing, he's busy catching a tan on the beach in Florida.
Previous articleHow to Make Brown Dye in Minecraft?
Next articleAmine Quotes