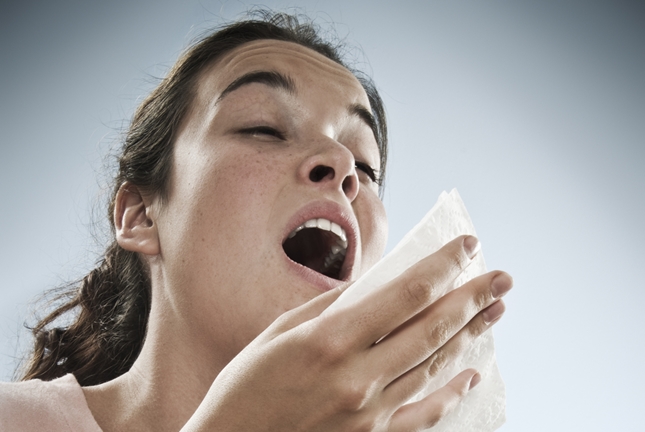 Many people are accustomed to saying “bless you” after someone sneezes. This well-intentioned phrase is often said with the hope that the person who sneezed will not catch a cold.

Although it is unclear when or where this well-intentioned phrase originated, it has been documented in English-speaking countries for at least 200 years.

A myth people believe is that your heart stops beating when you sneeze. This caused the response of people saying “Bless You” after a sneeze.

Pope Gregory I, also known as Gregory the Great, was a Pope in the 6th century. He is believed to have suggested saying “God bless you” after someone sneezed because it was believed that sneezing symbolized the soul escaping from the body.

There are many theories about how the saying “bless you” started. One theory is that when people sneeze, they are given a sign that they have been blessed by God.

Another theory is that when someone sneezes, it’s a sign of good luck, and so people say “bless you” to show the other person that he or she is lucky. Yet another theory is that the phrase originated from an old Germanic custom in which it was believed that sneezing was a way to expel evil spirits from one’s body.

Why Do We Sneeze?

Your nose is a very sensitive organ that is responsible for the sense of smell. The lining of your nose is covered in tiny hairs that are designed to trap dust, pollen, and other particles that you inhale.

When some of these particles come into contact with some of your nasal lining, your body will release an antibody called histamine. This histamine will cause the nerve endings in your nose to send signals to your brain which will cause you to sneeze.

It is difficult to predict when you will have a sneezing fit, and there are some people who can sneeze without having a cold. When you have a cold, the inside of your nose will become irritated and may fill with mucous. This mucous will cause your body to produce more histamine, which in turn causes you to sneeze.

Other Causes of Sneezing

There are other causes of sneezing that include:

Hay fever is caused by an allergy to pollen. If you suffer from hay fever, then you may experience sneezing fits during the spring and fall when pollen counts are high. It is estimated that approximately 20% of the world’s population suffers from hay fever.

If you do suffer from hay fever, then it is recommended that you take an antihistamine prior to going outside so that the symptoms don’t get too bad. You can also try wearing a face mask or staying indoors during peak pollen times if possible.

Another common cause of excessive sneezing is an allergic reaction such as peanut allergies or even dust mite allergies for some people. In allergic reactions, your body will release histamine as well as other chemicals in response to the allergen causing your eyes and nose to water and eventually causing you to sneeze uncontrollably.

Other signs of an allergic reaction include hives or swelling on the skin as well as nausea or vomiting if any food allergens were consumed.

More severe allergic reactions can even lead to death such as extreme cases of peanut allergies where people have experienced anaphylaxis after eating even trace amounts of peanuts.

If this is something that affects you personally, then it might be worth considering getting tested for food allergies so that you can avoid eating anything that could trigger an allergic reaction in the future like peanuts or nuts in general.

Food allergy testing also works on foods like dairy products or gluten if these foods affect your health negatively in any way! This can help ensure that your diet remains balanced so there is less chance of illness due to poor nutrition due to food sensitivities!

Does Your Heart Stop When You Sneeze?

Many people say that when they sneeze their heart stops. This is not true. The heart does not stop when you sneeze, but it does experience a sudden surge of blood, which is the same response when you exercise.

Is it Healthy to Sneeze Every Day?

It is not uncommon for people to be allergic to certain things in their environment, such as pollen and dust. Sneezing can be triggered by seeing a bright light or when the eyes are irritated by dust or pollen.

Other triggers for sneezing include eating certain foods, such as pepper and chilies, having nasal congestion due to sinus infections and upper respiratory infections, and taking antihistamines or decongestants.

What Care Should Be Taken While Sneezing?

There are many things to be careful of when it comes to sneezing. The first and most important thing is to make sure that you are not near anyone else when you sneeze.

The reason for this is that people can get infected with the bacteria or virus that made you sneeze, and then they can get sick themselves.

A sneeze is not something you should suppress. It’s actually something that is necessary to keep your nasal passages clear and healthy. When you hold in a sneeze, the pressure in your sinuses builds up and can lead to a sinus infection, which can be very painful.

Sneezes also help push out germs and other particles that you may have breathed in, so it’s important to let them out.